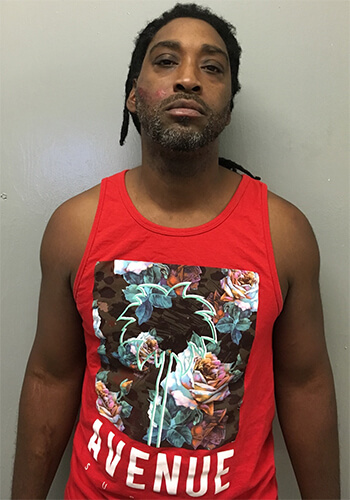 A city man wanted on four active criminal warrants since May was apprehended exiting a senior citizen building on Keen Street on Tuesday afternoon, according to Passaic County Sheriff Richard Berdnik.

Deshaun Nelson, 40-year-old, attempted to run from detectives, but was quickly surrounded by officers at 68 Keen Street. He dropped down to the floor and surrendered.

Detectives have been looking for Nelson since May.

On May 18, 2016, it was learned he was living at 341 Hamilton Avenue packaging drugs on the third floor and had several handguns, but responding detectives could not locate him at the address. Authorities did seize 2 handguns, ammo, and numerous amounts of heroin, crack cocaine, and marijuana, Berdnik said.

Nelson is being held at the Passaic County Jail without bail, authorities said.