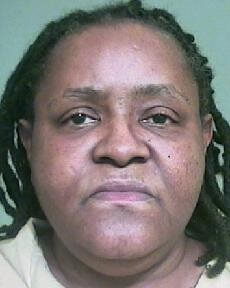 A woman serving a 15-year prison sentence on a robbery charge stemming from an incident in which she choked a man at a city senior and disabled housing complex while visiting a friend lost her third appeal.

Brown-Bilal was visiting her friend W.P. when she met the victim, pushed him inside his apartment, and attempted to take his money. The victim engaged in a struggle in which Brown-Bilal grabbed him by the chain around his neck and choked him.

She was charged with aggravated assault, robbery, criminal trespass, and burglary in connection with the August 2009 incident. On June 14th, 2010, she took a guilty plea for robbery in exchange for the prosecutor to recommend dismissal of remaining charges.

Brown-Bilal withdrew her guilty plea and asserted she was innocent prior to sentencing. She accused her attorney of failing to thoroughly investigate the situation by failing to interview her friend.

The court denied her motion and she was sentenced to 15 years in prison on November 12th, 2010. She appealed the next year arguing her sentence was excessive. Her petition was denied. She appealed in January 2013 stating her counsel was ineffective and she was pressured into taking the guilty plea.

“There’s no colorable claim of innocence. There was a plea bargain which, as I recall kept the defendant from being exposed to a greater penalty,” noted a judge. Brown-Bilal, who has 12 aliases, also told the sentencing judge she was not forced into taking an appeal under oath.

Brown-Bilal appealed the denial which was decided by New Jersey Superior Court Appellate Division Michael Guadagno and Jerome St. John. She argued being coerced to take the plea and her attorney was ineffective for failing to interview W.P.

“Even if W.P. confirmed defendant’s story that she intended to visit him on the night of the robbery, it does not conflict with or contradict the State’s proofs that she robbed the victim on her way there,” wrote Guadagno and St. John in their opinion on July 28th, 2016.

The judges did not find Brown-Bilal’s arguments convincing. She still has to serve 6 more years in prison, according to state records.

Brown-Bilal will be released in 2022.