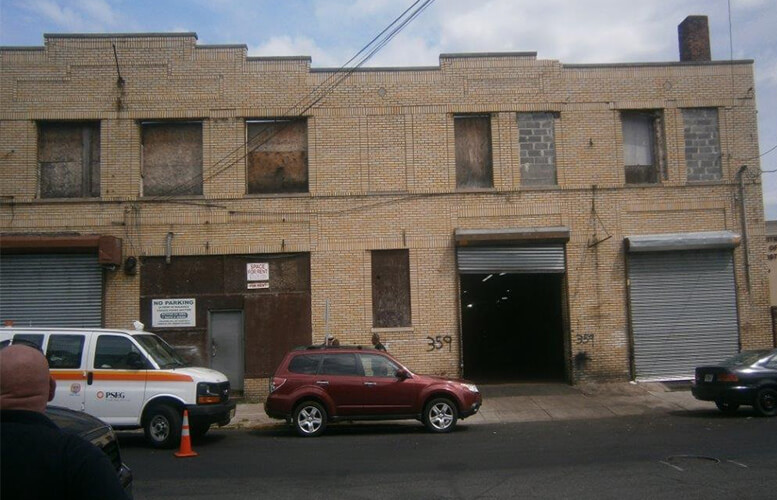 The city cited a charter business company that was allegedly operating illegally out of a Hamilton Avenue building on Tuesday morning, according to municipal officials.

Nix’s Charter Service was operating a charter bus company out of a collapsing industrial building located at 359 Hamilton Avenue.

The building also housed an auto repair shop, according to officials. Damaged and dismantled vehicles were being stored outside of the enclosed building.

City inspectors found the building’s roof was partially collapsed. Fire officials deemed the building unsafe. Nix, who owns the building, according to city records, was cited for an electrical wiring violation.

PSEG shut off electricity to the building on Tuesday morning.

“I’m in the process of moving the buses,” said Nix on Thursday afternoon. He said his business remains open and he is seeking out another location to operate his business.

Nix said the auto repair shop that was cited is next door. He said he hired an engineer to address the issues that were cited by the city. Nix has been running his bus company out of the location for the past 20 years, he said.

City records show he purchased the building in 2004.

For the past months the city’s Community Improvement Division has been going after businesses that operate in the municipality without proper paperwork. In May, the division shutdown six businesses that were operating illegally out of a Warren Street building.

The owner of Mirror Finish, Car Wash, and Detailing located at 185 Montgomery Street appeared in municipal court on Friday and paid $350 in fine for operating without a certificate of occupancy.

In some of the busts, inspectors often come across bizarre spectacles; for example, a man was using a shed connected to an illegal car painting business as his living quarters.

Nix is scheduled to appear in the Paterson Municipal Court later in the month to answer for the violations, according to officials.