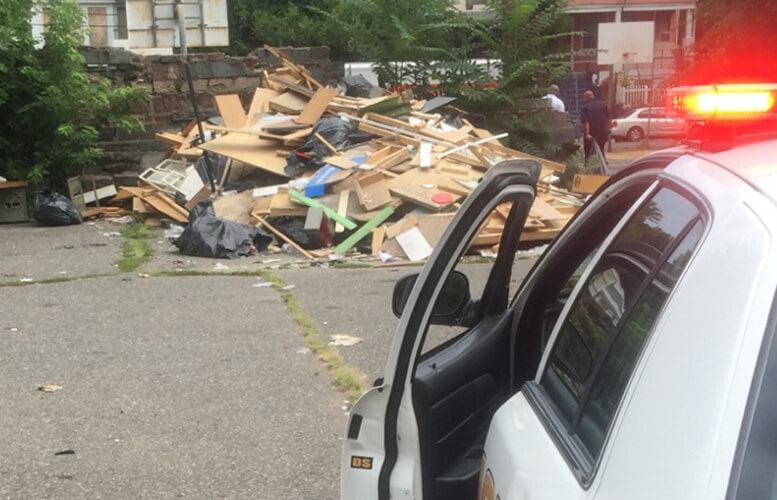 A U-Haul truck that was suspected to have been used to dump a small mountain of construction debris on a Godwin Avenue lot was quickly ticketed and towed on Thursday morning, according to officials.

Police issued a ticket to the vehicle for parking on the sidewalk, but could not locate the driver of the truck.

Though public works and community improvement division officials responded to the location a dumping ticket could not be issued because an individual was not caught in the act, according to an official.

The debris at the back of the truck match those found at the pile, said the official. The pile of debris and packed garbage bags dumped at 195 Godwin Avenue appeared to originate from a clean out of a sneaker store.

Officials are hoping to identify the renter of the U-Haul by reaching out to the company. The vehicle was towed by Classic Towing.

The economically depressed 4th Ward has been used as a dumping ground for debris, tires, and other materials for years. Much of the dumping is done by outsiders, who drive into the city to unload waste, and quickly drive out of the area, according to municipal officials.

Jersey City also encourages residents to report dumping and furnish evidence for a share of the fine a violator pays after a successful conviction. Jersey City ordinance states an individual is entitled to 25-percent of the fine collected from the violator.