Paterson and Clifton men arrested in traffic stop with $50,000 worth of heroin | Paterson Times 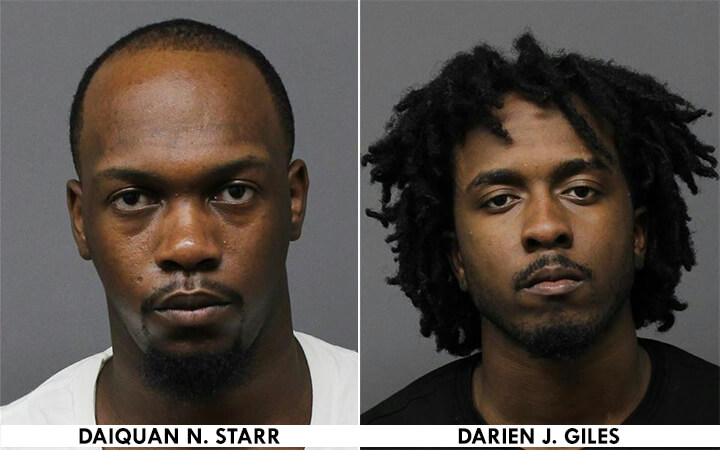 Authorities arrested two men in a traffic stop in Paterson on Wednesday and seized approximately $50,000 worth of heroin, according to the Bergen County Prosecutor’s Office.

Darien J. Giles, 23, of Clifton, and Daiquan N. Starr, 23, of Paterson, were pulled over by officers from the Bergen County Prosecutor’s Office and the Paterson Police Department. Police searched the vehicle and found 241 grams of heroin, authorities said.

The street value of the heroin seized is estimated to be $50,000. Giles and Starr were charged with various drug offenses.

Bail for both are set at $100,000 with no 10-percent option, authorities said. Authorities said both men are being held at the Bergen County Jail.