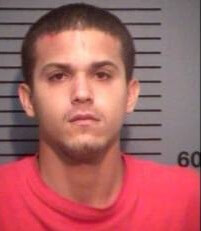 19-year-old city resident Robert Green has been charged with attempted murder and weapons offenses for allegedly shooting a man at the intersection of Paterson and Totowa Avenues three weeks ago, according to police.

Police said Green was arrested at his home on Preakness Avenue at 9 p.m. on Monday following an investigation by Ceasefire Unit detectives. He was taken into custody by detectives Rolando Polio and Francisco Brito with assistance from detectives from the Street Crime Unit.

Green is accused of wounding a 20-year-old city man on August 6th, 2016 at the intersection of Paterson and Totowa Avenues. The victim was inside a vehicle, when several shots were fired at his car, one of them landing on his shoulder, said police at the time.

“Anyone that believes they will evade our strategic investigative team under the direction of Captain Patrick Murray are misguided and will face swift and decisive justice,” said police director Jerry Speziale.