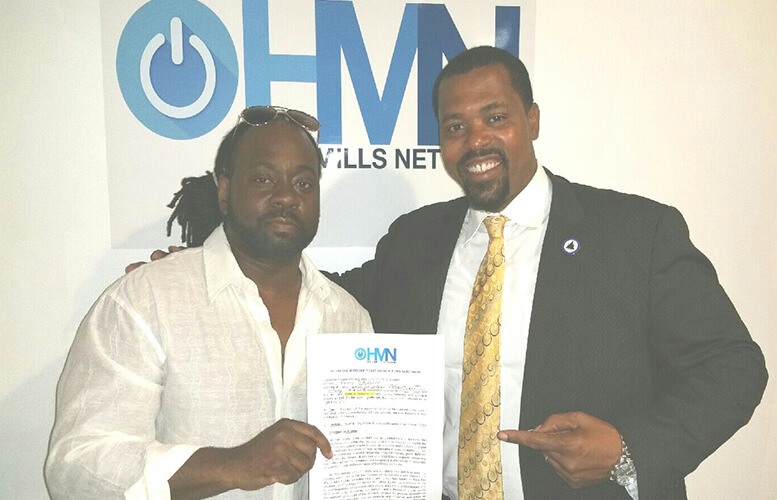 The ten-episode series titled “Bottum” produced by city resident Randy “Jashon” Jackson has been picked up by a mobile television station.

Jackson said he signed with the HallMills Network to turn the film which was sold out when it aired at the Fabian 8 theaters in downtown Paterson into a web series that will stream via the mobile application “MYMBN.”

The series which chronicles his life growing up in the rough and gritty streets of the Silk City airs every Thursday night at 10 p.m. on the mobile television station, he said.

“The movie is about overcoming the streets and turning my life around and becoming a changed man with a purpose,” said Jackson (pictured, left). “It’s about me growing up and surviving the streets of Paterson. It’s a movie about redemption.”

Jackson said the film has 10 episodes. He said the first five episodes were shown at the Fabian 8 last year. And 5 more episodes were screened last month at the downtown theater. He said screening on the mobile television station will allow him to reach beyond a local audience.

Jackson, who attended Eastside High School, said he is a writer first and foremost. He has self-published six books. One about his life called “The Paterson Pimp.” He said he wrote an inspirational story of a man named Andre William suffering from muscular dystrophy to encourage readers to appreciate life.

While his books sell on Amazon and his film “Bottum” streams on mobile television, the 50-year-old is working on another film that highlights the dangers of social media.