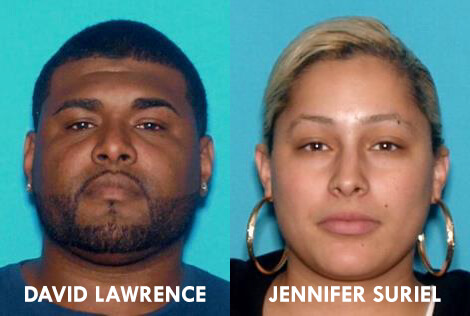 A city man and woman were arrested on Tuesday in connection with a 2014 shooting outside of ZamZam Restaurant on Crooks Avenue in Paterson that claimed the life of a 25-year-old city man, according to Passaic County Sheriff Richard Berdnik.

Detectives Luis Pagan and Joel Familia further investigated the whereabouts of Lawrence leading him to surrender himself to Sconciafurno and Dockray.

“A homicide indictment is a serious charge, I am glad that these two suspects are now off our streets and now in the Passaic County Jail,” Berdnik said.

Jose Rodriguez also known as “Chepa” was shot and killed outside of ZamZam Restaurant on Crooks Avenue. He was released from state prison just months earlier after serving out four years for two separate weapons charges.