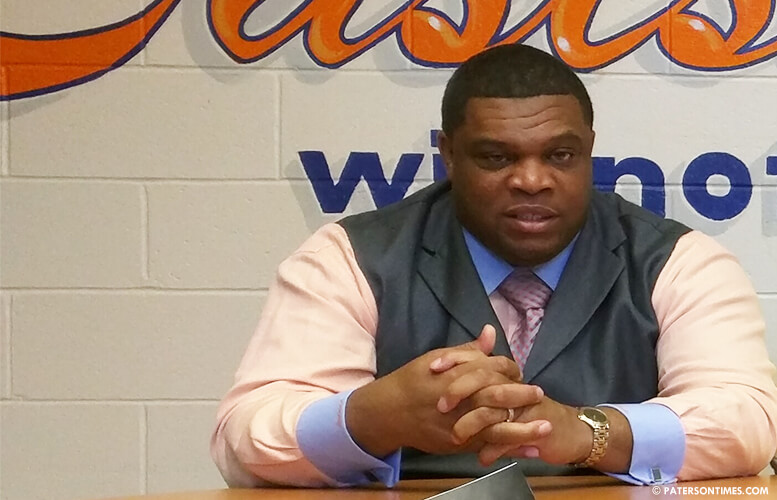 The Eastside High School principal who was suspended for allowing hometown rapper Fetty Wap to film a rap music video that featured drugs, gambling, and a pole dancer at the Park Avenue school building has been reinstated, said school board president Christopher Irving on Thursday.

Zatiti Moody has been restored to his post as principal of operations at Eastside High School, said Irving. He was placed on paid leave on June 1st, 2016 pending an investigation that was launched by the district to determine whether proper procedures were followed in allowing the rapper to shoot his music video “Wake Up” at the school.

That investigation found Moody was “solely responsible” for permitting filming of the video at the school. “In authorizing the video shoot, Mr. Moody did not follow all of the requirements of the board policy and regulation,” concluded the investigation by John E. Wallace, Jr., of Westmont-based Brown & Connery.

School board members said the district’s policies were opaque and lacked clarity. Those policies are being revamped to prevent a similar occurrence in the future, said board members.

Moody received an outpouring of support from community leaders and students after he was suspended from his job. Former and current students wore shirts that urged state-appointed district superintendent Donnie Evans to “return Moody” to his post.

The rapper, who attended Eastside High School, joined Moody’s supporters at a mid-June board of education meeting to apologize for the situation caused by his music video. “If I disrespected anybody I came here to apologize,” Wap, whose real name is Willie Maxwell, said at the meeting. “I apologize to Paterson.”

Moody was assigned as principal of operation at the high school in 2009. Since then, he has been able to restore order at the troubled high school, said community leaders and officials.

“He’s a phenomenal administrator, very thoughtful, and dedicated to the community,” said Irving of Moody.

Other school board members echoed the same sentiment. The school board president said the music video situation overshadowed much good Moody has done at the district.