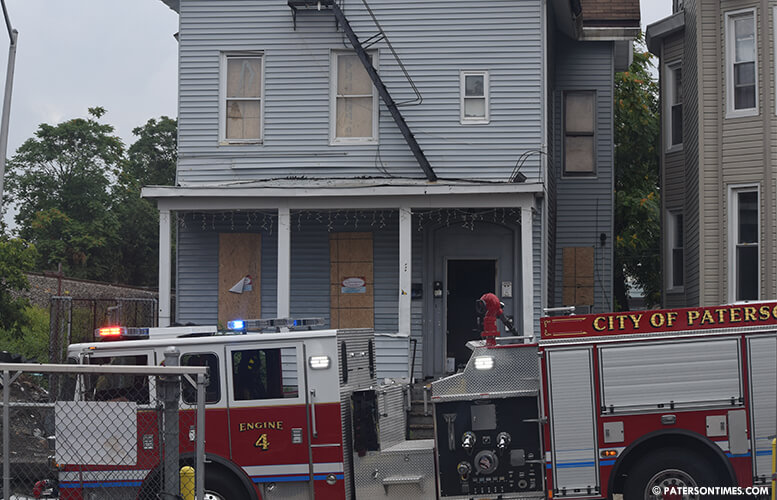 Deputy fire chief Frank Calamita said the fire at the two-story home located at 109 Fair Street was reported at 4:33 p.m. He said the fire reached two-alarm before it was extinguished by firefighters.

The cause of the fire remains under investigation, said Calamita. He said the fire rendered the home uninhabitable. The 10 people displaced are being assisted by the American Red Cross, he said.

No one was injured due to the fire, said the deputy fire chief.

The home was boarded up after the fire damaged the property.