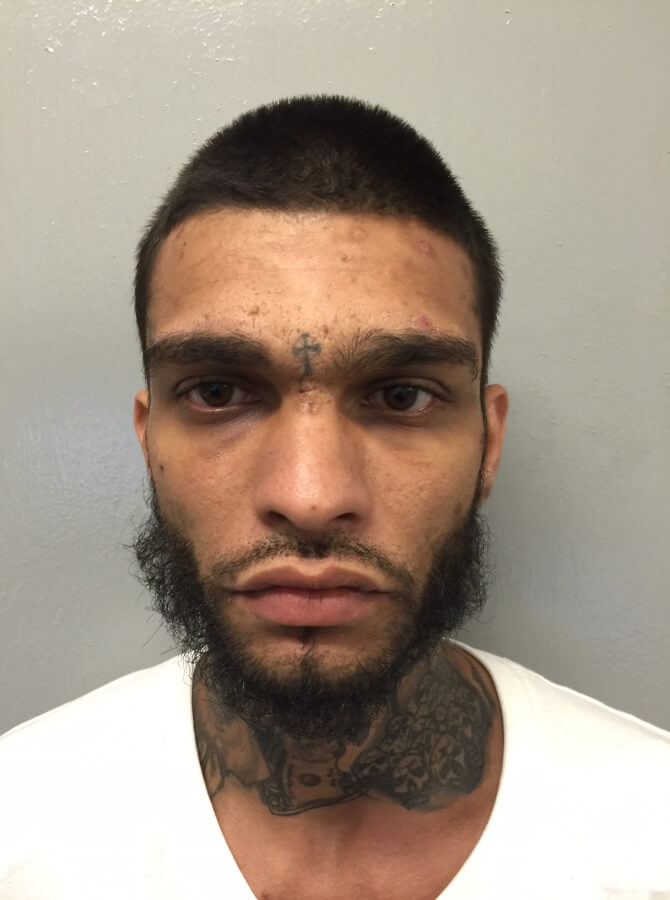 A city man allegedly dealing drugs out of his Cliff Street residence was arrested with two guns and 117 Oxycodone pills on Thursday afternoon, according to Passaic County Sheriff Richard Berdnik.

Jose Ramirez, 31-year-old, was arrested as a result of a two-week investigation that began with information detectives received that he was dealing drugs out of 106 Cliff Street, authorities said.

Detectives setup surveillance in the area at 3 p.m. netting one of Ramirez’s alleged customer Matthew Jugan, 29, of Fair Lawn. Ramirez (pictured) got out of his home, briefly talked with Jugan, and exchanged small items for money.

Jugan returned to his car after the alleged drug transaction and left the area. Detectives pulled him over and seized 1 zip-lock baggie of cocaine. He was arrested and charged for cocaine possession.