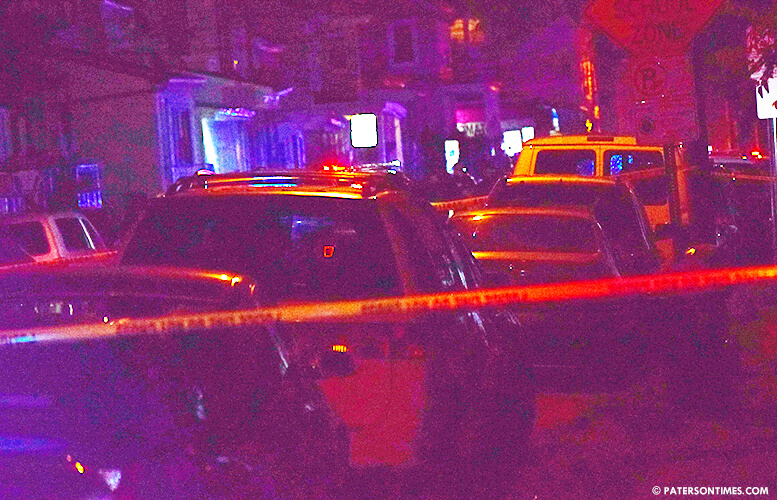 One person has died and three others have been wounded in separate street shootings in a stretch extending from Sunday evening into early Monday, according to police.

Police responded to a shooting outside 75 Lafayette Street at about 7:30 p.m. on Sunday. 19-year-old Edrian J. Peguero was struck and later died at St. Joseph’s Regional Medical Center.

Police said the victim heard multiple shots and realized he was struck. He was transported by private vehicle to the hospital for treatment. He remains in critical but stable condition, said police director Jerry Speziale.

At 3:35 a.m. on Monday, police responded to Park Avenue and East 18th Street on a shooting. A 21-year-old man was wounded in the hand. Police said the victim was in the area when an unknown suspect approached him and brandished a handgun.

“As the victim threw his hands up in an attempt to protect himself, the male [suspect] fired at the victim, striking him once in the hand,” said Patrick Murray, head of the Ceasefire Unit.

The victim was transported by private vehicle to St. Joseph’s Regional Medical Center where he is in stable condition, said police.

At 3:40 a.m., a 27-year-old Perth Amboy woman was sitting in a car with a man on Main and Green Streets, when two men, at least one armed with a gun, approached and fired, wounding the woman in the foot, said police.

“It is not yet clear what transpired after they approached, but at least one of the suspects produced a handgun at that time, and at least one shot was fired, striking the victim in the foot,” said Murray.

Police said the woman was transported to the hospital via private vehicle. She was treated and released.

The series of weekend shootings continue a bloody trend that began at the start of August into September. An 18-year-old man was wounded in the arm on September 2nd, 2016 at the intersection of Highland and Sparrow Streets.

“Unless you’re on that specific street at that specific time people that want to be involved in violence will create that situation,” said Speziale, who was at the weekend shooting scenes.

The director said police intend to meet on Tuesday to devise strategies to try to quell the violence that has flared up.

Anyone with information about the shootings is being urged to contact the Ceasefire Unit at 973-321-1342 or send information anonymously through PatersonPD.com.