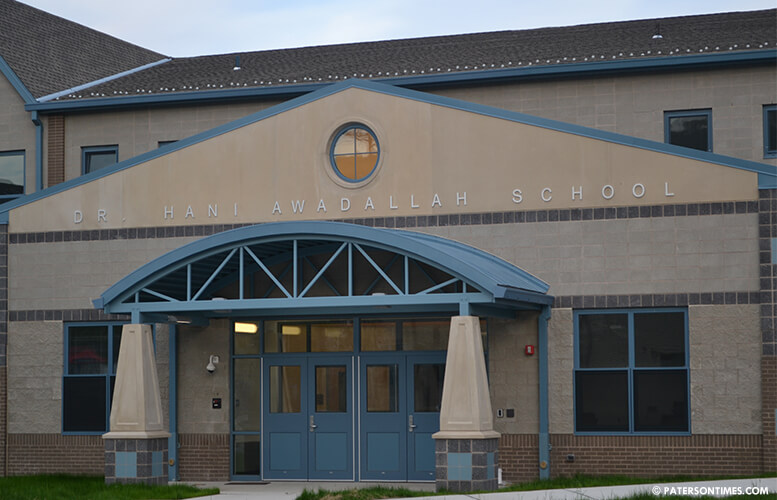 The city failed to provide crossing guards at its two new schools on Tuesday morning, according to district officials.

James Smith, director of security at the Paterson Public Schools, said there were neither crossing guards nor police officers manning the intersections outside of School 16 and Hani Awadallah School this morning as children reported to school for first day of classes.

Police director Jerry Speziale disputed the claim. He said the police traffic division stationed two special police officers at both schools this morning and will station the same this afternoon at dismissal time.

“It is as simple as that — they did not,” said school board president Christopher Irving. “It’s disappointing and scary at the same time. It’s dangerous. Let’s not play with our kids’ lives.” He pointed to the intersection where Hazel and Marshall Streets meet where cars zoom through and are unaccustomed to seeing children crossing the street at the location.

“I got complaints from constituents,” said Andre Sayegh, 6th Ward councilman. He said the city’s priorities are in the wrong place laying blame on mayor Jose “Joey” Torres for the scarcity of crossing guards.

“I’ve always been leery of his priorities. He continues to put children in harms way without any remorse,” said Sayegh. He sent a memo to the mayor last week urging him to provide safe passage for students to and from school.

Sayegh wasn’t alone other council members also called on the mayor to ensure crossing guards were stationed at the new schools for first day of school.

The administration budgeted for 130 crossing guards, but the city has 112, according to information from the police chief’s office.

“We’re in the process of hiring new crossing guards. We don’t have the cadre we need,” said Speziale. He said the city has a difficult time retaining crossing guards after running them through a background check and providing uniforms.

Sayegh said he has names of two neighborhood residents willing to serve. He and the school board president said if there are no crossing guards on Wednesday both will take to the intersections to ensure children have safe passage to school.