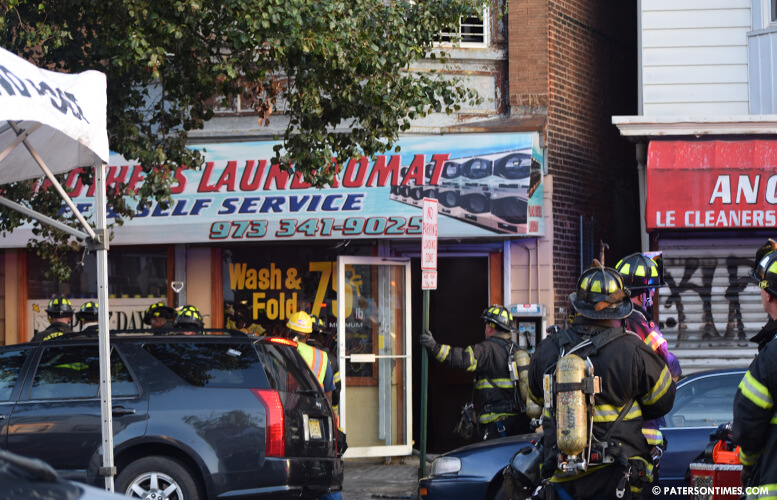 Henderson said the fire began at 6:30 p.m. at 506 Broadway and reached second-alarm. He said one firefighter was injured from a slip and fall.

“There was initial report of residents being trapped. The building was searched and it was found to be no one inside. Everyone was out already,” said Henderson.

No civilians were injured in the blaze.

Firefighters had the blaze at the three-story mixed use building under control within an hour and half, said the deputy chief.

Henderson said the entire building has been shuttered including the Polanco Brothers Laundromat on the ground floor of the structure. PSE&G cut off utilities to the building, he said.

The fire damaged the siding on a near by business as well, said Henderson.