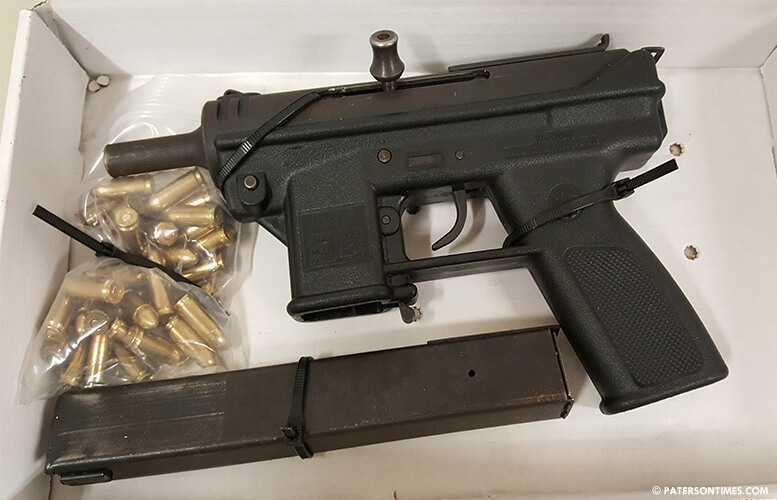 Passaic County detectives arrested two men and seized an assault weapon with 32 bullets during a surveillance operation on 12th Avenue on Thursday afternoon, according to Passaic County Sheriff Richard Berdnik.

Detectives received information Rivas-Clase and Peralta-Rodriguez were inside a white Mercedes Benz and had a firearm on 12th Avenue and East 19th Street. The vehicle was found unoccupied at the location.

Detectives setup surveillance at 4:30 p.m. and watched the two men approach the vehicle and try to speed away, authorities said. A motor vehicle stop was conducted. As detectives approached the vehicle Rivas-Clase was observed moving about the vehicle.

Peralta-Rodriguez swung open the passenger side door and tried to exit the vehicle, but was confronted by detectives, authorities said. Detectives observed a loaded Intratec AB-10 9mm Luger on the vehicle’s floor and placed both men under arrest.

Berdnik said Peralta-Rodriguez was charged with person not to have a firearm for a previous burglary conviction. He also had an active criminal warrant out of Paramus, authorities said.

Both were transported to Paterson police lockup.

“I want to commend the Detectives involved in this investigation and arrests, in moving quick to get these loaded high capacity weapons off our streets,” Berdnik said.