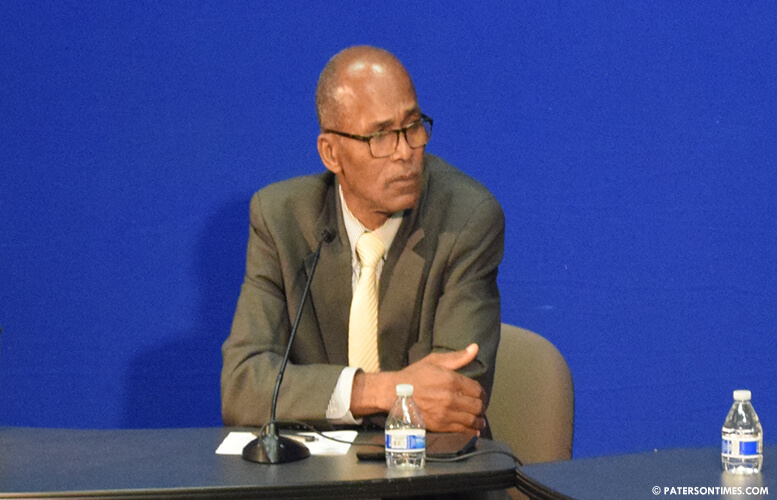 In the debate both men used the argument of ‘choice’ to justify their position. To quote Mr. Martinez, “Charters provide another option to parents.” Let me be clear, there’s no one that I know on, or, off the board who has a problem with providing parents with another option for their children. But let’s face it, what we presently masquerade as “CHOICE” does not extend to every child in the district.

Not every child gets the opportunity go to a charter school or PCTI. My concern and the concerns of many others are for those children who are left behind in a district where the resources are marginalized and the ability to deliver a thorough and efficient education is evaporating daily. I truly find this standard difficult to support.

Real choice can only be meaningful when every last parent has the power to determine where his/her child attends school. We cannot empower a few and disenfranchised the many and talk about we are doing something great. What if we as commissioners, community members take a stand to improve ALL our schools making them adequately prepared to serve ALL our children. How wonderful would that be?

Presently, PCTI has a student body of approximately 3,300. The students from Paterson alone represent over 50% of that student body. Our expenditure to send our children to PCTI amounts to $20 million per year. That of itself is not a problem, but there is one looming on the horizon.

We are facing a funding shortfall driven by years of underfunding by the state of New Jersey. It is estimated that in a couple of years, if nothing changes, we’ll be facing a fiscal deficit of $186 million.

Looking at that situation, I believe any reasonable person running for a seat on our Board of Education would see the need to adjust any preconceived position they may have to reflect the harsh economic realities confronting our district. But to some that is too hard, that’s not the way it works around here, as usual politics before our children.

Here’s a question to be answered. Where will the children come from to support the thousand seat expansion at PCTI? Of course, that’s easy, they will be coming from Paterson. And here’s another one, will it add any further pressure on the district’s ability to properly educate those students who won’t be part of the “CHOICE” cohort of students to get in? Certainly it will!

Paterson already represent more than 50% of the children who attend the school. Another 500 of our students up there will burn another $10 to $12 million hole in our budget, which is expected to be around a $186 million dollars in deficit.

We have over 30,000 students in the district, and I don’t foresee us closing any of our buildings to save the $12 million to fill that gap. In the 2016-17 school year budget the superintendent was forced to levy a $5 million dollar schools tax on the people of Paterson to balance that budget.

Folks, ask yourselves where will the district go next year and the years after when PCTI expansion is completed. Mmmm! I know, I would eventually get you, that’s a hard one.

But don’t despair, because on that matter all we need to do is to differ to scholars like Dr. Christopher Irving, Manny Martinez and freeholder director Mr. Theodore “TJ” Best for the answer.

Errol Kerr is a school board member running for re-election in the November 8 election.