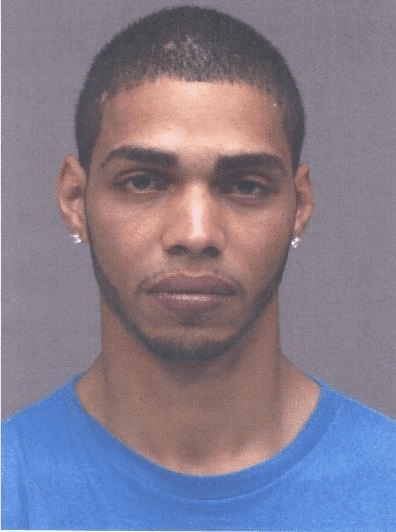 Police arrested a city man on Friday afternoon in connection with the killing of 19-year-old Edrian J. Peguero outside of 75 Lafayette Street in early September, according to police.

Hendryck Acosta, 26, was identified by investigators as the actor in the September 4th, 2016 shooting. A warrant was issued for Acosta’s arrest, said police. He was spotted at the Home Depot on 5th Avenue at about 2:15 p.m. today by off-duty police officer Eddy Pichardo.

Pichardo notified police and called for back up. He then proceeded to arrest Acosta, said police director Jerry Speziale. Acosta has been charged with murder, unlawful possession of a gun, and possession of weapon for an unlawful purpose, according to the Passaic County Prosecutor’s Office.

Acosta was previously arrested by police in October 2014 in connection with a shooting outside of Beso Lounge on West Broadway. He was charged with aggravated assault and endangering a victim, police said at the time.

“The officer is a talented individual endowed with the skills required to handle such a difficult task,” said Speziale. Authorities said Acosta could face a maximum of 50 years in state prison based on the charges against him.

Bail for Acosta has been set at $1 million with no 10-percent option, authorities said. He is being held at the Passaic County Jail.