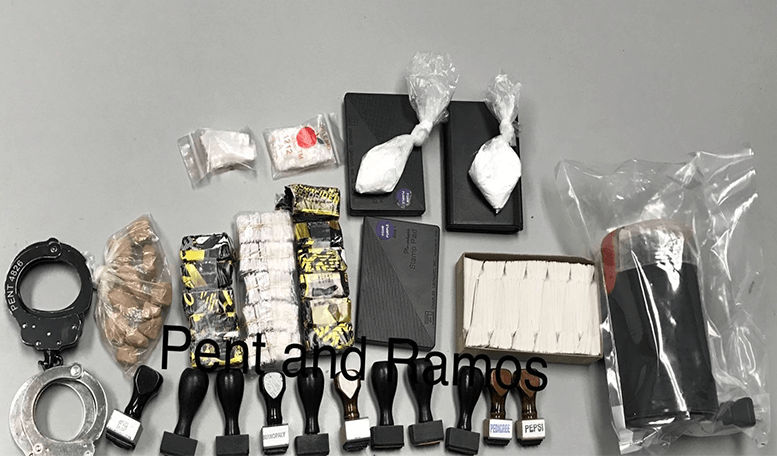 More than 1,500 packets of heroin was seized in a drug bust at the Riverside Housing Complex off of 5th Avenue, said police director Jerry Speziale.

Demetrey Roundtree, 22, of Paterson, was arrested in the bust at 10:55 a.m., according to police. He was spotted fleeing towards 25 Alois Place when police officers converged at the public housing complex to conduct a property check.

Roundtree was located in front of Apartment 4 at 25 Alois Place. He attempted to hide from police his whereabout. He discarded a brick of heroin stamped “Made in Mexico” when officers conducted a field interview, said the director.

Police searched the apartment and found a shopping bag with 15 bricks of heroin. A brick contains 50 packets. Police also seized 800 glassiness of heroin and 2 bags containing 20 grams of uncut cocaine.

In all police seized 1,550 packets of heroin.

48 grams of uncut heroin was also seized. Police said a grinder, scale, ink pads, a box of empty glassine envelopes, and 11 different stamps were seized in the bust that dismantled a heroin manufacturing facility.

“This was an outstanding job that hit the core of the distribution of illegal drugs in the housing complex,” said Speziale. He said Roundtree was taken to police headquarters and charged with various drug offenses including distributing drugs close to a housing complex and having drug paraphernalia and manufacturing equipment.