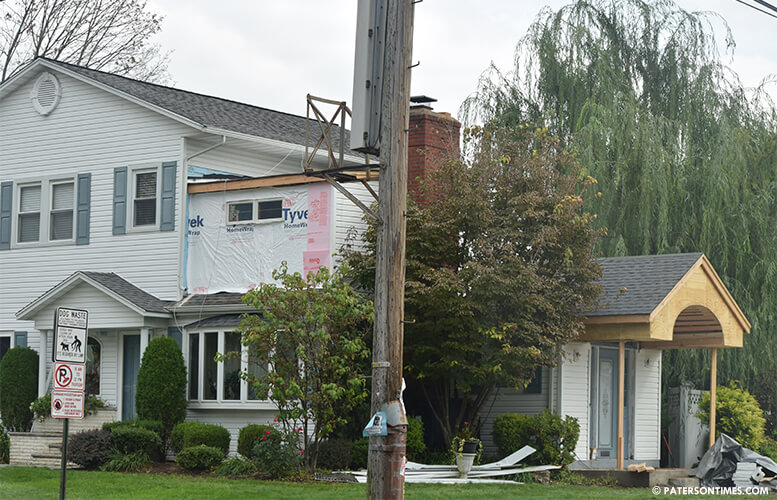 Mayor Jose “Joey” Torres is making major improvements to his Arlington Avenue home using a contractor who subtracted some of the work to deputy mayor Ray Baker’s home improvement company.

“As a home owner, in the city of Paterson for over 25 years, and as a tax-paying resident I believe it is my right to invest in my own property. I don’t see, having a professional NJ licensed contractor, who subcontracted a small portion of the job to Bakers Construction, and who is also a NJ licensed professional with the State of NJ and the city of Paterson, as a conflict,” said Torres in a statement on Thursday afternoon.

Torres’ detractors suggested there may be a conflict-of-interest in having the deputy mayor’s company perform work at the mayor’s home. The deputy mayor is a ceremonial role in the city created to be a mechanism for inclusion for the various ethnicities residing within the Silk City.

Baker, whose real name is Riad Amman, is the Arab deputy mayor.

The mayor did not provide a name of the company that is handling construction at his home in the corner of Arlington and Crosby Avenues. Torres appears to be expanding the upper floor for additional living space and expanding the portico at the front entrance to the home.

Torres did not say what sort of construction is being undertaken at the home. A call to Baker’s company was answered by a man identifying to be a plumber working for the firm who refused to take a message or put the deputy mayor on the phone.

A reporter visited Baker’s home in the Lakeview section. He was not present at the home. In a brief phone interview, Baker dismissed suggestions he may be handling the construction work without a fee at the property.

“I’m not doing any work for free,” said Amman. He said if there are any other questions to contact him, but then hung up the phone. He did not answer subsequent phone calls.

Torres said all requisite permits for the work being done at his home have been pulled and filed with the city’s Community Improvement Division.

Baker’s company was used by the mayor late last year to secure construction permits for work at the Montgomery Street re-entry program project. Baker did not charge for obtaining the work permits.

“This transaction is transparent and clear, and the contractor is being paid in full for his services,” said Torres.