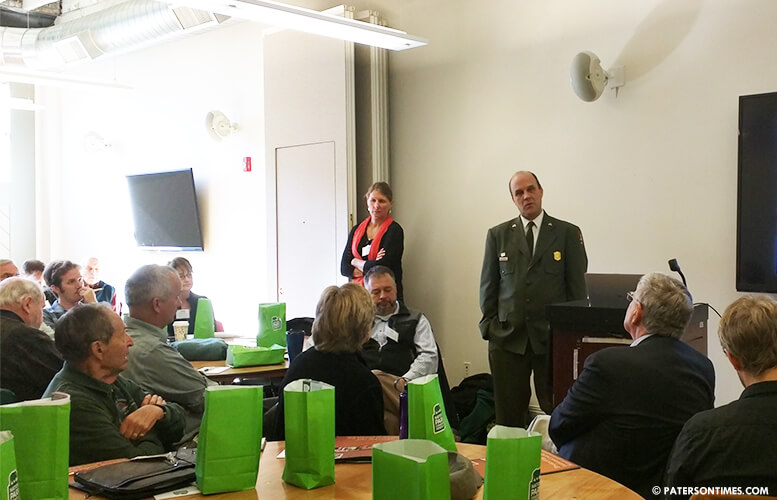 “Instead of being based on the person of Theodore Roosevelt, we’re based on the concepts he ascribed to – so we’re more conceptual,” said Nammack on Saturday morning. This is the sort of exchange of ideas the National Parks Conservation Association hopes to facilitate through its annual convention that brings together parks, friends groups, and organizations connected to national parks in the northeast.

“A lot of the friends groups don’t talk to each other,” said Cortney Worrall, senior regional director of northeast regional office of the National Parks Conservation Association. “They rarely have an opportunity to meet with each other.”

Worrall said the first National Parks Conservation Association Convention was held last year. She said the event allowed the groups to network and share ideas and best practices to better their national parks.

Nammack said he has remained friends with Jenkins of the Elizabeth Cady Stanton Trust since meeting with her at last year’s convention. 18 friends groups gathered at the Rogers Conference Center at the New Jersey Community Development (NJCDC) building to hear Michael Caldwell, northeast regional director for the National Park Service speak about the future of America’s national park system.

The director also took questions from the friends groups. Leonard Zax, president of the Hamilton Partnership for Paterson, asked about the park service’s urban agenda, an effort to make the National Park Service relevant to the lives of urban audiences.

Caldwell (pictured, right, in green) said the Rivers, Trails, and Conservation Assistance Program is using the urban agenda as a criteria to select projects in the northeast.

“We plan to make sure the urban areas within the northeast are getting considered for grant funding, technical assistance,” said Caldwell. He said the northeast region always had an urban agenda due to the number of national parks in urban areas.

“From New Jersey to Maine there are 49 national parks. They all work best when the National Park Service can partner with a community group or a friends organization,” said Worrall (pictured, left). She hopes those community groups and organizations can do even better by exchanging best practices among themselves.