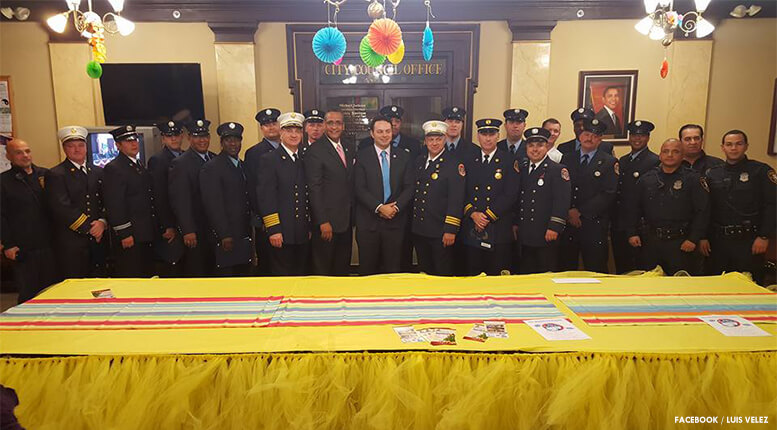 The firefighters and police officers who evacuated South Paterson residents minutes before a gas explosion leveled three homes and left several others damaged were recognized by a grateful city on Tuesday night for their valor and swift action that saved lives.

Council members recognized 16 firemen and 2 policemen for their bravery with citations. Business owner Yaser Baker, who owns Al Basha Restaurant, was also recognized for serving food to those impacted at the scene on October 4th, 2016.

“We owe you an eternal debt of gratitude,” councilman Andre Sayegh, who represents the 6th Ward, where South Paterson is located, told the honorees. He was joined by councilman Luis Velez of the 5th Ward who called out the names of each of the firefighters and police officers for their citations at the city council chamber.

“It was the efforts of those individuals over there, members of Engine Company 6, Rescue 1, Ladder 1, and Battalion 1, who through their training, through their initiative, and through their will knew what they had to do and did it,” said fire chief Michael Postorino pointing to his men sitting in the audience.

37 people were displaced as a result of the explosion on that Tuesday morning. The quick thinking of the city’s first responders saved lives on that day, said Velez and Sayegh.