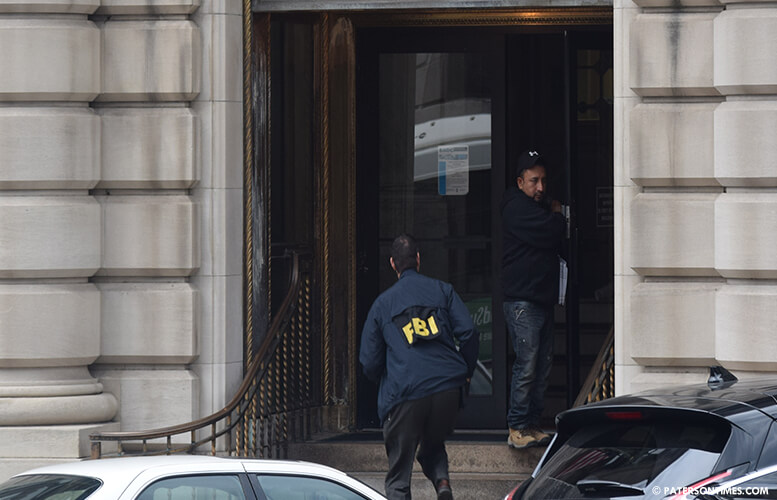 Several FBI agents were inside the Community Development Department offices on Thursday morning.

Agents blocked entrance to the 2nd floor of the building, according to sources. Other sources said agents were inside the city’s personnel office.

The FBI has been at 125 Ellison Street since 9:30 a.m. The FBI is investigating the federal money that went to renovate 147 Montgomery Street for a re-entry program called the Center of Hope, according to law director Domenick Stampone.

“As always, the city will cooperate with any requests for information. We are confident that the federal officials will be satisfied with the City of Paterson’s adherence to any and all federal regulations,” said Stampone.

“I was very vocal about this. He’s been misusing municipal resources,” said councilman Andre Sayegh referring to the mayor. Sayegh opposed the use of public works employees to handle work at the privately owned church for the re-entry program. “It raised a red flag. I called for an investigation.”

Ojeda is not on retreat with mayor Jose “Joey” Torres and his cabinet. The mayor left the city for Woodloch Resort in Pennsylvania on Wednesday. He is returning to the city on Friday.

Torres has been under investigation by the New Jersey Attorney General’s Office for using public works employees to handle private work at his house and brother’s business.

It is not clear whether the agents were in downtown in connection with that investigation.

One public works employee, who needed to submit paperwork to payroll, would not enter the building with the FBI inside.