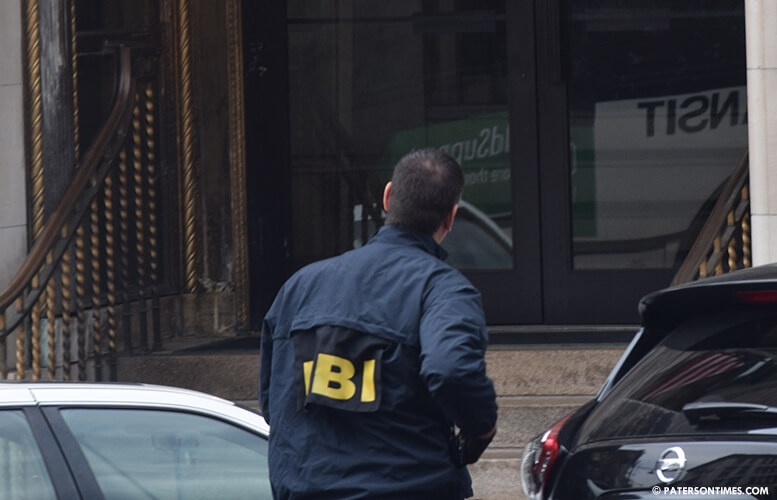 The federal investigators, who spent much of the day searching for government records inside the Community Development Department offices on Ellison Street, expanded their investigation to the City Hall building late Thursday afternoon.

The investigators were searching for records connected to the Center of Hope, a prison re-entry program on Montgomery Street. Torres utilized an $180,000 U.S. Department of Housing and Urban Development Community Development Block Grant (CDBG) to renovate 147 Montgomery Street, a church-owned property, in late 2015. He used public works employees to renovate the building which opened without fanfare in February of this year.

The re-entry program at the building is operated by a nonprofit run by former New Jersey governor James McGreevey. The city’s law director Domenick Stampone said the federal agents were at the community development offices seeking information in connection to the grant award.

“As always, the city will cooperate with any requests for information.  We are confident that the federal officials will be satisfied with the City of Paterson’s adherence to any and all federal regulations,” said Stampone in a statement issued on Thursday afternoon.

The FBI agents also searched the city’s health office at 125 Ellison Street. The city’s health department was the key agency in charge of the re-entry program. The investigators, who executed search warrants at city offices, included an agent from the HUD Office of Inspector General (OIG), which probes fraud, waste, and abuse involving HUD money.

The city has been served with a subpoena to deliver documents to a grand jury in Newark on November 18th, 2016. The investigation comes in a week when mayor Jose “Joey” Torres and his cabinet members are away from the city on a retreat in Woodloch Resort in Pennsylvania.

Public works director Manny Ojeda, who did not attend the mayor’s retreat, was observed entering the Community Development Department offices little after 10 a.m. while FBI agents were inside on Thursday morning.

Ojeda did not respond to a call for comment.

Torres faced criticism from neighborhood residents for opening the re-entry program in their midst. Some council members also raised questions about the mayor’s use of federal grant money to pay overtime to city employees to renovate the building.

“I was very vocal about this,” said councilman Andre Sayegh, who was among the loudest critics of the plan. “It raised a red flag.” He said he called for an investigation at the time.

Torres’ administration at the time re-assured council members the city has shared its plan with the HUD Newark office and obtained clearance to move ahead.

FBI agents were on the second floor of the City Hall building at 7 p.m.