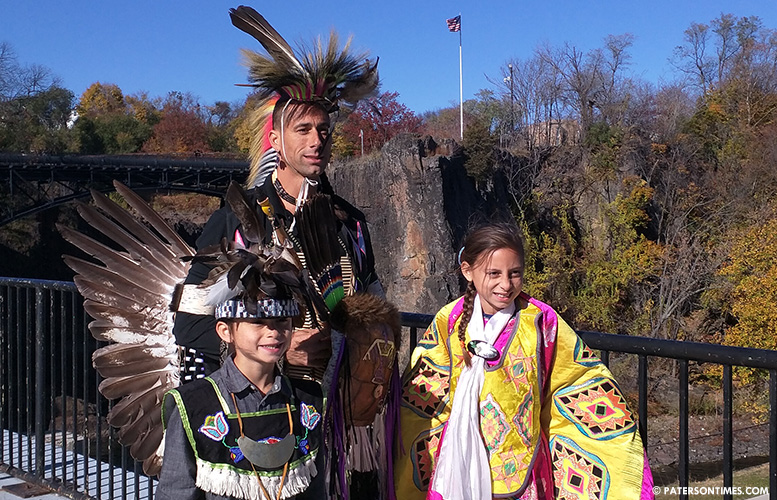 Chief Sam Beeler shared a story of his grandfather and uncles fishing at the Passaic River to provide for their families as several dozen Native Americans gathered at the Great Falls Historical National Park to celebrate the third annual Native American Indian heritage festival.

“My grandfather and uncles fished in this river with traditional fishnets. At that time Passaic River was a very clean river,” said Beeler, chief of Paterson’s Sand Hill Native American Indians, last Saturday.

Beeler explained Passaic means valley in Lenape Indian language. He said his people called the entire area known to them as Lenapehoking home before being pushed out by European settlers. Some of the Native American culture was on display at the festival in dance, songs, cuisine, and rituals.

The Paterson Museum also hosted a Sand Hill Indian Tribal Exhibit. Beeler sees the annual festival as a recognition of his people. Next year, the city will recognize the Lenape Indians with a historic marker at the entrance to the Valley of the Rocks, according to historian Jimmy Richardson.

Richardson said the Valley of the Rocks on Ryle Road was a burial ground for Lenape Indian warriors.

“There is nothing to recognize the Lenape with the exception of the Passaic River,” said Richardson. He said the Paterson Historic Preservation Commission has approved the marker for the location.

There’s nothing to remind people about the Native Americans who called what is now known as Paterson home, said the chief.

Richardson is lobbying to rename the McBride Avenue extension to Lenape Way to further recognize the city’s Native Americans.

“These lands are still sacred to them,” said Ilyse Goldman, supervisory park ranger at the Great Falls Historical National Park.