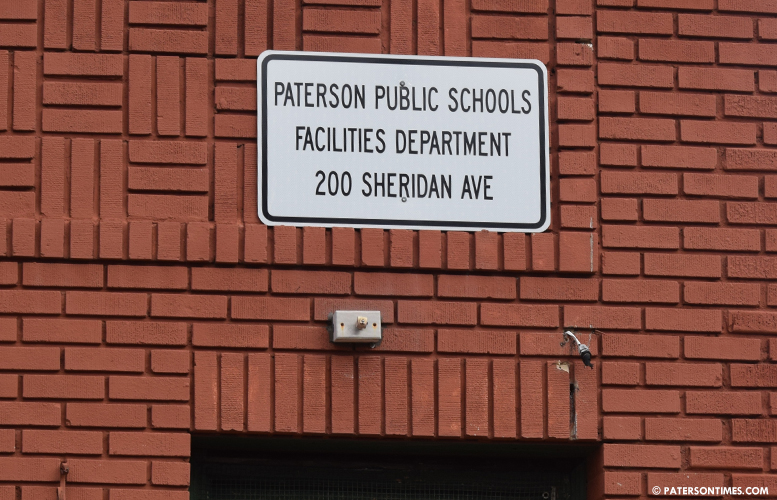 Brenda Zemo, who worked at the district over the past eight years, alleges the district and its facilities director failed to abide by federal and state regulations while handling asbestos and mold removal. She also alleges she was subjected to a hostile work environment by the director.

Zemo alleges Steve Morlino ordered the improper removal of asbestos laden flooring from a School 12 classroom that was closed for more than a year following a fire. She claims the director ordered district carpenters to cut the flooring which had multiple layers, one of which tested positive for asbestos, in large sheets.

She told the director in a meeting in August 2014 the removal required individuals licensed in asbestos removal and the material had to be properly disposed at a registered landfill. She told him the district did not have licensed employees to perform the work and that the schools did not have the respirators needed to handle the task.

Morlino proceeded with his plan. The flooring was cut, wrapped up, and transported for storage at the facilities office located at 200 Sheridan Avenue. It remained situated on the loading dock behind the facility for more than 10 months before a private contractor handling asbestos removal at School 27 was given the flooring as if it originated from the latter school, according to the complaint.

Morlino did not respond to a call for comments on Monday morning.

At the same time, a private contractor handling environmental work at Eastside High School discovered a door that was leaking asbestos. The company contacted Zemo about the door. She informed Morlino, who had district carpenters remove the door, wrap it, and leave it at the facilities office on Sheridan Avenue, reads her complaint.

Zemo saw the carpenters unloading the door at the location and struck up a conversation. She found they were not aware the door was laden with asbestos, according to her complaint.

“The carpenters further informed Zemo that door had been carried unwrapped through the hallway of the Eastside before its exiting of the building,” reads her lawsuit filed on October 11th, 2016.

She had a monitoring company take air sample at Eastside High School after learning about the alleged improper removal. The air sample came in at “below any level requiring action.”

Zemo alleges the director used district maintenance workers to perform mold removal, something that was done by a company prior to Morlino’s arrival. Morlino was hired by the district in July 2014, according to records.

Zemo pointed to US Environmental Protection Agency (EPA) guidelines for mold abatement. Her lawsuit states the removal was done without adherence to the EPA guidelines. The director eventually cut her out of the loop due to her constant objections, alleges the lawsuit.

“In doing so, he sought to impede Zemo’s performance of duties as the occupational health and safety officer in the those instances when water intrusion of district properties was found to exist, or whenever mold was thereafter discovered. Zemo was thus prevented from properly inspecting the premises to confirm that the proper abatement practices had been followed and that it was safe to re-occupy the premises,” reads her complaint.

The district was late in getting students from Yes and Harp academies into the Colt Street building due to construction delays. In November 2015, it was determined the heating, ventilation and air conditioning (HVAC) system was not properly installed. The system was not hooked up to all seven of the building’s floors. There was significant roof leaks at the building, according to Zemo’s lawsuit.

Zemo’s complaint states by January the building’s heating system was experiencing problems. By February, staff and teachers at the building were complaining about feeling ill inside the converted office building. The building was at the center of controversy prior to the start of the new school year due to fire safety issues.

“Many individuals were experiencing headaches and eye irritations,” her lawsuit states. Debris and dust were left behind at the building following nightly renovation at the building after it welcomed students and staff.

She conducted three field visits to the building in March as a result of the complaints and made known her findings in a report that was sent to principals of both schools as was common practice, her lawsuit states.

Zemo was summoned to the director’s office. He screamed at her and told her the report gave principals the ammunition to sue the district, reads her complaint.

In 2014-15 school year, Zemo was tasked with testing for lead in district schools. She conducted the tests and made her findings known to Morlino and other parties. The director used her information for a presentation to the school board. It was later determined the district superintendent, assistant superintendents, and principals failed to notify parents about the lead in water fountains.

The news broke in 2016. Zemo and Morlino had a discussion on the lead issue. He allegedly tried to pin the blame on her for the notification failure and make her the “scapegoat” for those administrators.

Morlino then allegedly took steps to terminate Zemo from the district. He had the district’s energy manager who is referred to as “The Hammer” direct her to compile a spreadsheet list of outlets at the 54 buildings and their test results without visiting any of the locations for verification.

Zemo states the purpose behind prohibiting her to visit the sites was to allow the energy manager to accuse her of poor performance. In April, she was accused of making errors in the spreadsheet following a screaming session from Morlino, alleges the lawsuit.

“Just me?” she responded when the director told her she made errors in her spreadsheet. Morlino threatened to terminate her. Later that month, she filed an affirmative action complaint against the director. She was re-assigned to the business office pending the outcome of the complaint. Morlino submitted her name as first on the list for termination, according to the lawsuit.

The complaint was deemed “unfounded” by the district’s affirmative action office. She was advised by state-appointed district superintendent Donnie Evans her employment would not be renewed on June 3rd, 2016.

Terry Corallo, spokeswoman for the Paterson Public Schools, said on Friday the district does not comment on pending litigation.