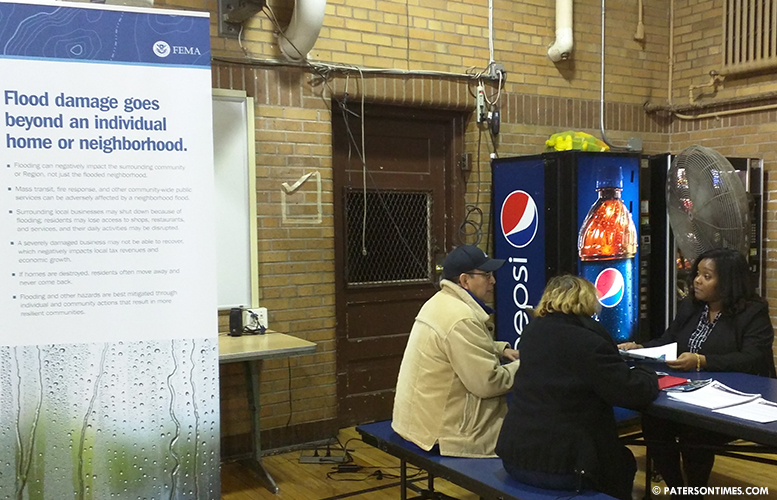 65-percent of the impacted properties are commercial while the other 30-percent are residential, said Andrew Martin, branch chief for risk analysis for FEMA Region II.  There’s also vacant lots that will no longer be designated as high flood risk. He said the locations were likely designated as high risk flood areas in the late 1970s and early 80s, but when the agency at the urging of congressman Bill Pascrell and others checked for records it couldn’t find supporting information. 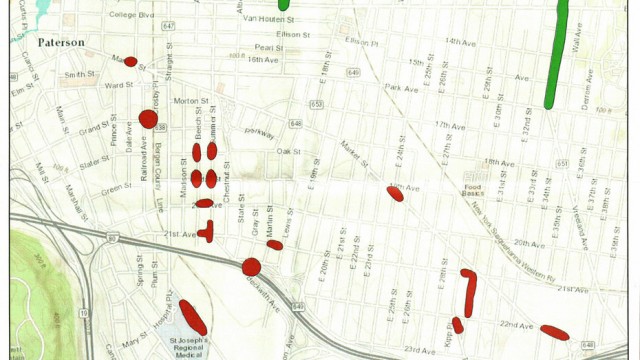 “We don’t have any records of that they were designated as flood zones,” said Martin. He said the 200 properties will move from high risk to moderate risk in late 2017 or early 2018 which will allow owners to drop or continue coverage.

Martin said the designation change means property owners who decide to keep their flood insurance policies will pay drastically reduced premiums. For example, a property paying $1,500 for flood insurance could obtain a policy for as low as $150 every year as a result of the revisions.

“We always recommend carrying flood insurance,” he said when asked whether homeowners should simply drop their policies. He said there have been a number of claims in the area when hurricane Irene flooded the city.

Almost 30 property owners appeared for the open house at School 25. Each homeowner was able to receive individualized attention as FEMA experts looked up their properties and informed them what the changes mean. Many were delighted to learn about the revisions.

Junior Almonte, who has been living at 662 East 30th Street for 18 years, was pleased to learn about the revisions. He came to the event to secure a letter from FEMA to send to his mortgage company to reduce or eliminate the $1,400 he has been paying every year for flood insurance coverage.

Granata will have to decide whether to keep his flood insurance policy. He said the high risk designation negatively impacts property values and makes it difficult to sell. Ahmad Matari, who owns a number of properties throughout the city, said the map changes, once put into effect, will boost the value of his property at 762 Main Street by more than $70,000.

“We’ve been paying for years,” said Michael Lira, whose family owns 323 Buffalo Avenue. He said flood insurance costs him $1,800 per year. He said his family just renovated the entire property and won’t be dropping the flood insurance anytime soon.

Lira said he is happy to hear the designation change will mean reduced insurance costs.

“I like to be completely out of it,” added his mother, Marina Arevalo. Though the property has not flooded for almost two decades, “There’s still a risk,” said Lira. “When you think it’s not going to it happens.”

“We’ve never had a flood,” said Riad Hamdeh, who owns 326 Buffalo Avenue. He said the last owner lived at the property for 30 years and not once the property flooded. He has lived there for 10 years and has not experienced a flood.

Hamdeh said he too will keep his flood insurance. He was pleased to hear the revisions mean reduced insurance expenses.

Property owners like Granata have been complaining about paying flood insurance for almost a decade, but little was happening until 2015.

Martin said the congressman’s urging led to the agency to review the maps and make changes. Majority of the map changes are in the People’s Park, Sandy Hill, and Lackawanna sections.

Sayegh said the revisions amount to tax relief for property owners who have been hit with tax hikes over the years. “Anytime we can provide taxpayers with relief it’s a victory for fairness,” he said.