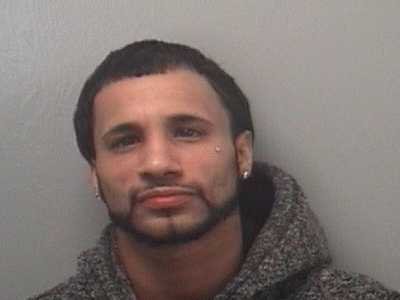 A city man has been arrested and charged with robbery and theft for allegedly running off with a iPhone 6s Plus from a downtown Paterson electronics shop, according to Passaic County Sheriff Richard Berdnik.

Israel Rodriguez, 28-year-old, was arrested on Wednesday morning at his home on Oak Street, authorities said. He was charged with robbery, theft, and weapons offenses.

Authorities said Rodriguez allegedly stole an iPhone 6s Plus from the display counter of NHA Electronics on Market Street. He was chased by two employees, but Rodriguez threatened them with a taser and told them to get away from him.

Both store employees stopped and he fled on foot. The employees approached Passaic County Sheriff’s Officer Michael Webber outside of Hamilton Plaza and told him about the situation.

Rodriguez’s bail is set at $100,000 with no 10-percent option. He’s been ordered to have no contact with the victims and is being held at Paterson cellblock pending transfer to Passaic County Jail, authorities said.