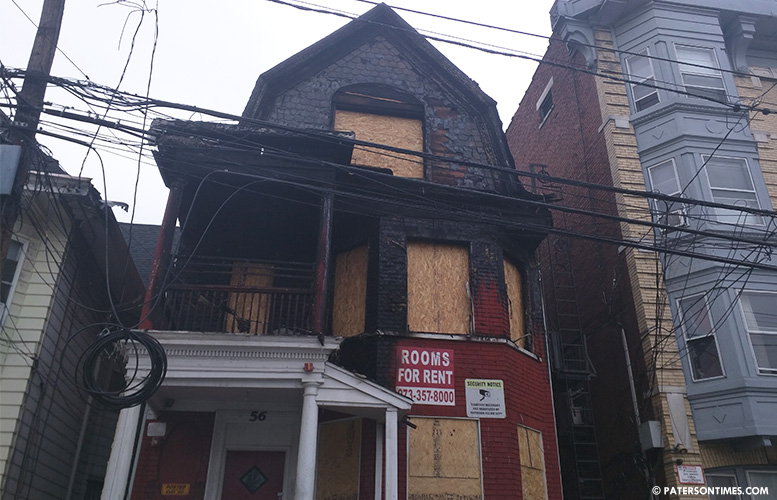 A second-alarm fire at a Park Avenue building on Tuesday night claimed the life of one man and displaced 14 people, according to law enforcement and fire officials.

The identity of the man will not be disclosed until notification is made to next of kin, authorities said. The investigation as to the cause and origin of the fire remains active and on-going, authorities said.

Firefighters responded to a fire at about 9:36 p.m. that displaced 14 residents, said deputy fire chief William Henderson. He said no firefighters were injured in battling the flames that engulfed the second floor of the building.

The building, listed as a two-family structure in tax records, has been badly charred by the flames.

Residents displaced by the fire were assisted by the American Red Cross.

As firefighters were battling the blaze on Park Avenue a minor fire broke out in the lobby of the Elm Street apartments. Paterson and Clifton firefighters quickly put out the flames. No one was displaced as a result of the minor fire, said Henderson.