A city man serving time at the Southern State Correctional Facility for eluding and resisting arrest and inflicting harm on a law enforcement animal filed a lawsuit against the city in the U.S. District Court seeking $5 million in damages.

Donald T. Olmo alleges a police dog controlled by officer Rafael Campos viciously attacked him. He alleges the dog left him in such bad shape that he required “several stitches” on his lower right, left back, and on his right leg. 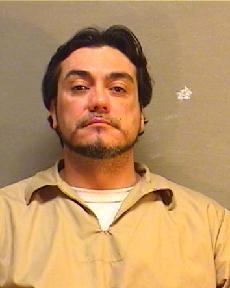 “The dog really mauled and tore my leg up,” he states in his lawsuit filed on December 21st, 2016. “I walked with crutches for several weeks.” He says his leg was also badly infected at the Passaic County Jail due to the alleged dog attack. He was provided injections and medications as treatment for his infection at the county jail, according to his complaint.

The dog also “tore open” his thumb, he alleges.

Olmo wants $5 million in relief for “police brutality” and “excessive force.” He says in the lawsuit the interaction with police left him with “limited ability on right leg more than before.” He states he suffered from polio as a child that left his right leg shorter and thinner than his right.

Olmo, 44, states he has “terrible nightmares” as a result of the incident which happened on May 16th, 2016. He was sentenced to three-year prison term in October. He won’t be eligible for parole until March 29, 2016, according to state records.

Olmo was also charged with heroin, hypodermic syringe, and drug paraphernalia possession in Hawthorne on May 10th, 2016. Police in that town responding to a suspicious person outside of a car allegedly found him with empty glassine envelopes and smeared blood on the center console next to a hypodermic syringe. He was arrested and charged with drug offenses and issued motor vehicle summonses for having drugs in car, according to news accounts.