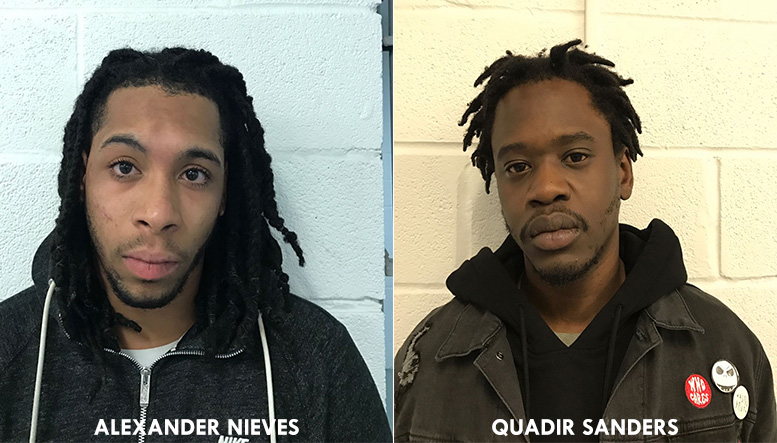 A man unloading heroin and crack-cocaine from his Highland Street home was arrested while making a sale on Auburn Street on Tuesday evening, according to Passaic County Sheriff Richard Berdnik.

Detectives working with information provided by a confidential source setup surveillance outside the home of Alexander Nieves, 20. He was observed getting out of 38 Highland Street, entering a blue BMW, and leaving the area to make a drug delivery on Auburn Street.

Nieves met Quadir Sanders, 20, of Paterson on Auburn Street and allegedly exchanged drugs for money. Sanders was stopped and found with 116 glassine envelopes of heroin and 31 vials of crack-cocaine, authorities said.

Nieves was followed out of the area and placed under arrest.

Authorities seized 1,196 packets of heroin and 51 vials of crack-cocaine valued approximately $5,000 on the streets in the drug bust. Detectives towed Nieves’s BMW to headquarters pending forfeiture, according to the sheriff.

Nieves and Sanders were charged with 9 separate drug charges and taken to Passaic County jail for bail hearing on Wednesday morning.