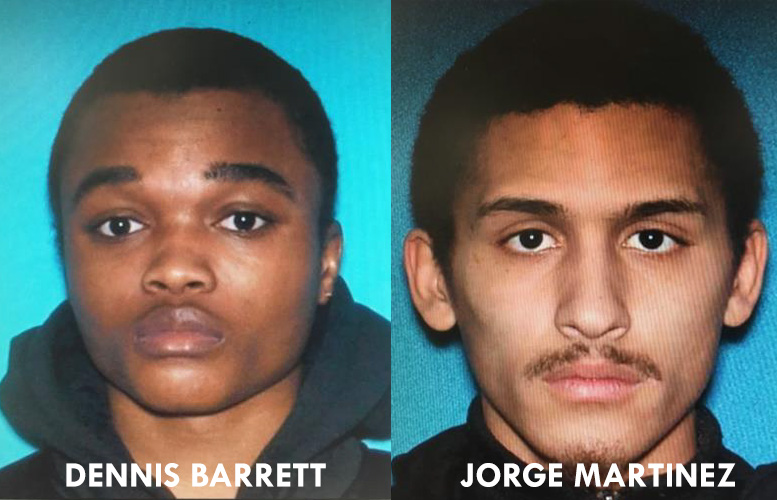 Two men from Paterson and Garfield were arrested on Thursday and charged with felony murder in the killing of a Fair Lawn man who was working as an attendant at the First Avenue Gas Station, according to the Passaic County Prosecutor’s Office.

Dennis Barrett, 21, of Paterson, and Jorge Martinez, 21, of Garfield, were arrested on Thursday following an intensive joint investigation conducted by detectives from the Paterson Police Major Crimes Unit and the Passaic County Prosecutor’s Office.

Barrett and Martinez are accused of killing 57-year-old Ruslan Magamedov of Fair Lawn while he was working at the gas station on 1st Avenue and Route 20. Authorities said both men have been charged with first-degree felony murder, robbery; second-degree conspiracy to commit robbery, possession of a weapon for an unlawful purpose, and unlawful possession of a weapon, authorities said on Friday afternoon.

Both face life in prison with a mandatory 30 years of parole ineligibility. Magamedov was killed at around 6 p.m. on January 23, 2016. Police from Paterson and Hawthorne responded to the scene.

Magamedov was rushed to St. Joseph’s Regional Medical Center, but succumbed to injuries and was pronounced dead.