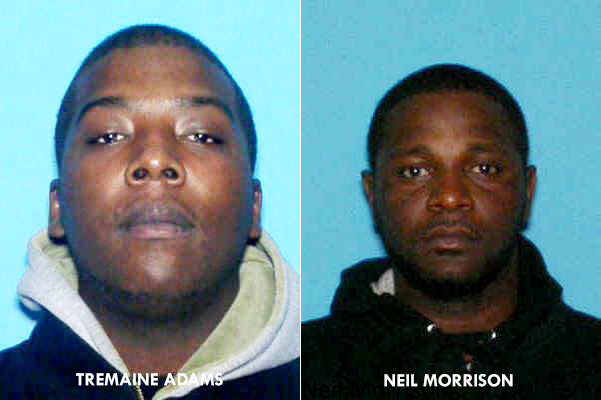 Two men pleaded guilty Wednesday to their roles in the killing of 24-year-old Ismail Walker at a 10th Avenue auto repair shop almost three years ago, according to the Passaic County Prosecutor’s Office.

Adams admitted to shooting and killing Walker at the B&B Tires & Auto Repair at 448 10th Avenue during an argument on April 15, 2014. He admitted under oath that he pulled out a .38 caliber gun and fired at Walker on that afternoon.

Walker was later pronounced dead as a result of the gunshot wounds.

Authorities said after the shooting Adams and Morrison were caught on surveillance camera with the .38 caliber gun when both returned to Adam’s home on 200 Godwin Avenue.

Adams faces 16 years in state prison. He must serve 85-percent of the entire term before being eligible for parole. Upon release, he will be subjected to 5 years of parole supervision, authorities said.

Morrison faces 12 years in state prison. He must serve 6 years before being eligible for parole as a persistent offender.

Sentencing for Adams and Morrison is scheduled for March 10, 2017.