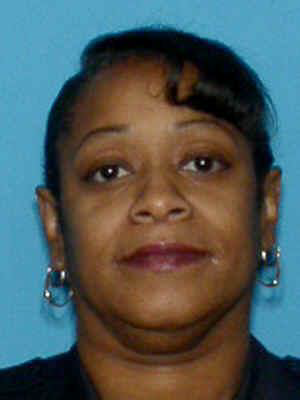 Gwendolyn Broughton, 53, of Paterson, was arrested at around 8:15 a.m. by members of the Passaic County Prosecutor’s Office and charged with third-degree theft. Authorities said while she was serving as treasurer for PBA Local 197, a union that represents officers employed by the county sheriff’s office, from December 2011 through May 2016 she allegedly made numerous unauthorized cash withdrawals from multiple accounts controlled by the union for her own personal gains.

Authorities did not say how much she withdrew from the accounts.

Broughton had access to the union’s accounts because she was the treasurer, authorities said. She no longer serves as the treasurer and no longer has access to those accounts. She has been employed by the Passaic County Sheriff’s Office for the past 15 years, according to county records.

Broughton’s annual salary was $100,100 last year. She faces a maximum of five years in prison if convicted. She was released after being charged without bail.

Broughton has been suspended since last June, said Bill Maer, spokesman for the Passaic County Sheriff’s Office, when asked about her employment status. He said the sheriff’s office conducted an initial investigation which led to her suspension. The case was then referred to the Passaic County Prosecutor’s Office for further investigation, he said.

“The Sheriff has a zero tolerance for any type of corruption, especially an alleged criminal act that involves stealing from the hardworking members of the Sheriff’s Office,” said Maer.