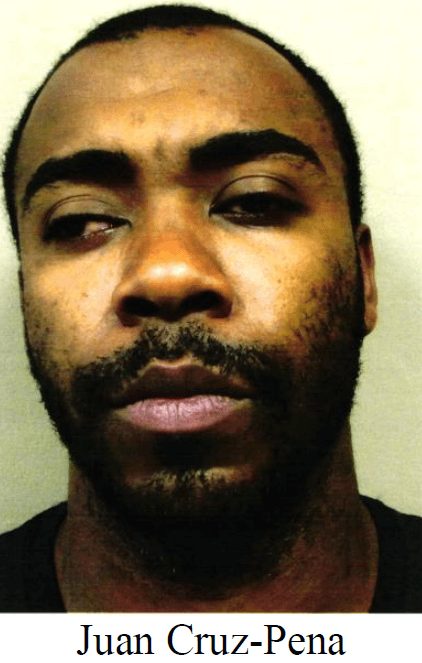 A Passaic City man was sentenced to a 23-year prison sentence on Monday for his role in confining a woman to the porch of an abandoned Paterson house and forcing her to perform repeated sexual acts, according to the Passaic County Prosecutor’s Office.

Juan Cruz-Pena, 32, was found guilty by a jury of first-degree kidnapping, third-degree aggravated criminal sexual contact, and aggravated assault. He confined a 36-year-old woman in the porch of 299 Van Houten Street on May 22, 2014 at around 2 a.m. for hours.

Authorities said Cruz-Pena punched the woman and forced her into repeated acts of sexual contact.

Ortiz’s matter was expected to be heard on a separate date, but he is on the run from the law. A warrant has been issued for his arrest, authorities said.