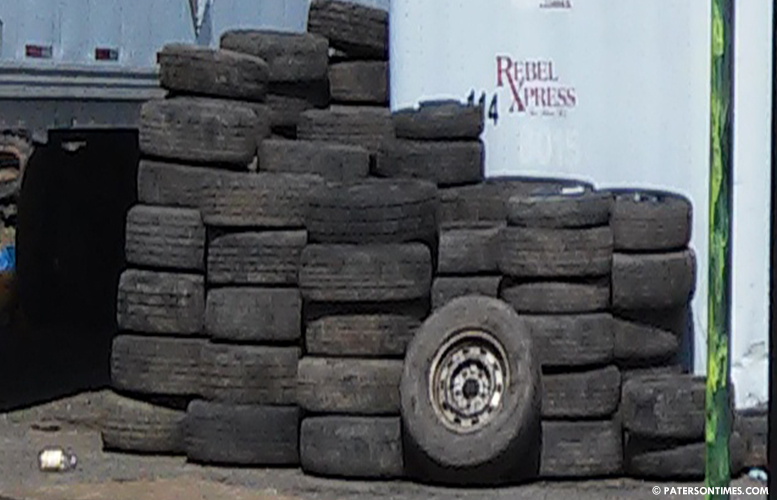 The Passaic County Prosecutor’s Office has been asked to look into allegations of corruption at the city’s tire recycling program in response to an NBC New York investigative news report that aired on Tuesday night.

Some private companies have been dumping tires at the city recycling yard by paying a flat fee rather than paying $1 per tire, according to the report, by allegedly paying off city workers. It states the city’s tire recycling program collected $3,746 in fees from December 2016 through January 2017 while the company that takes the dumped tires from the city billed the municipality $20,332.

The discrepancy is explained by a group of anonymous public works employees. Employees interviewed for the report told NBC some workers at the yard were receiving cash payments from the private businesses to accept large batches of tires for a $20 fee rather than paying $1-$5 per tire.

Extra tires were dumped by the companies for free. The report states in that two-month period taxpayers were allegedly taken in for $16,586.

The report has been disputed by some public works employees. As a result of NBC’s investigations public works employees involved in picking up tires from throughout the city were afraid to venture outside this week fearful of being captured on camera for the news broadcast, said one official.