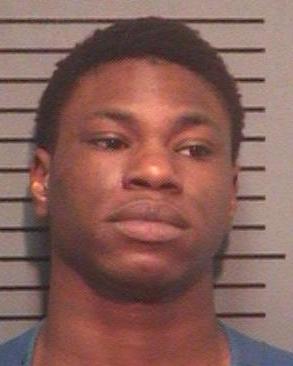 20-year-old Trevaughn Johnson shot himself while clumsily handling a firearm on Tuesday afternoon. He committed a second blunder by trying to convince detectives he was approached by a man at the Riverside housing projects and shot him during a physical altercation.

Johnson took himself to St. Joseph’s Regional Medical Center for treatment at about 12:45 p.m. He told detectives he was at 7th Avenue and Harris Place when a man approached him and a physical altercation ensued. The suspect then produced a handgun and fired a shot striking him in the leg, he told police.

Detectives Michael Quinones of the Ceasefire Unit and Ricardo Ferreira of the Passaic County Prosecutor’s Office conducted an extensive investigation into the incident and determined Trevaughn shot himself while handling an illegal firearm.

Trevaughn has been charged with weapons offenses and is being held at the Passaic County Jail pending a court hearing.

“Our detectives are the finest in the nation and if you believe you can fool them you’re fooling yourself into a jail cell,” said police director Jerry Speziale.

Police ask anyone with information about the incident to contact detectives Quinones or Ferreira at 973-321-1342. Or send information anonymously through PatersonPD.com.