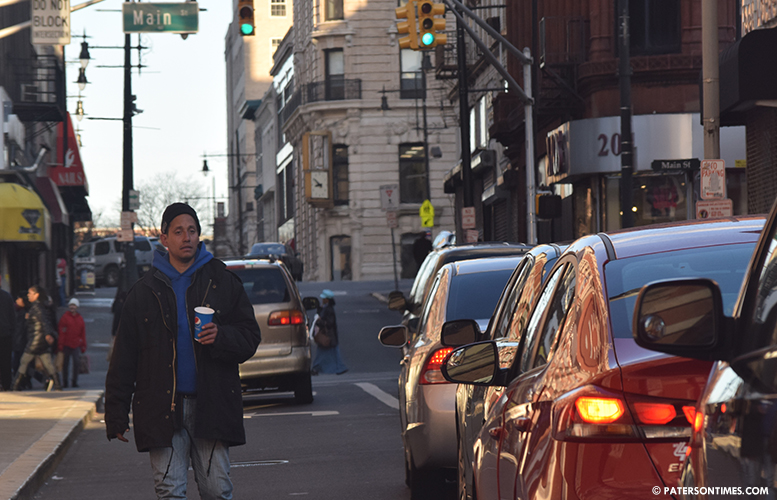 The city’s police targeted panhandlers with summonses and social service agency referrals on Wednesday in effort to clamp down on men and women begging with cups and signs at the entrances to historic Paterson.

Officers from the Community Policing Unit made contact with panhandlers throughout the city. Officers inquired as to whether the homeless individuals needed assistance and told them help was available through local agencies and organizations like the Paterson Neighborhood Assistance Office, Catholic Charities, Eva’s Village, and Men Amongst Men.

Police provided six panhandlers with referrals to social service agencies. The panhandlers were also told police would not allow them to continue to diminish residents’ quality of life.

Some of them were issued citations.

“It’s going to take time,” said police director Jerry Speziale on Friday. “We have a program. We have social services involved with us.”

Speziale recognized the futility of issuing violations that carry a penalty. He said the court can order the down-and-out to perform community service, like cleaning up local streets, in place of paying the fines.

Some panhandlers are often collecting money from naïve motorists and pedestrians to support their heroin or other drug habits.

Speziale said it will take greater frequency of enforcement to curb panhandling. He cited a figure from a Colorado Springs-based organization that asserts it takes as many as 85 encounters with law enforcement before a panhandler gives up treading up and down the road with a cup hoping for quarters and dollar bills.

Some municipalities like Marysville in Washington State have put up signs that discourage motorists from giving to panhandlers and rather encourage giving to local charities. He doesn’t have the authority to put up signs, said Speziale.

Speziale said signs may help discourage giving which will dry up donations rendering panhandling unprofitable. It will take an ordinance like the one passed in Marysville in 2014 to put up anti-panhandling signs at popular panhandling sites.