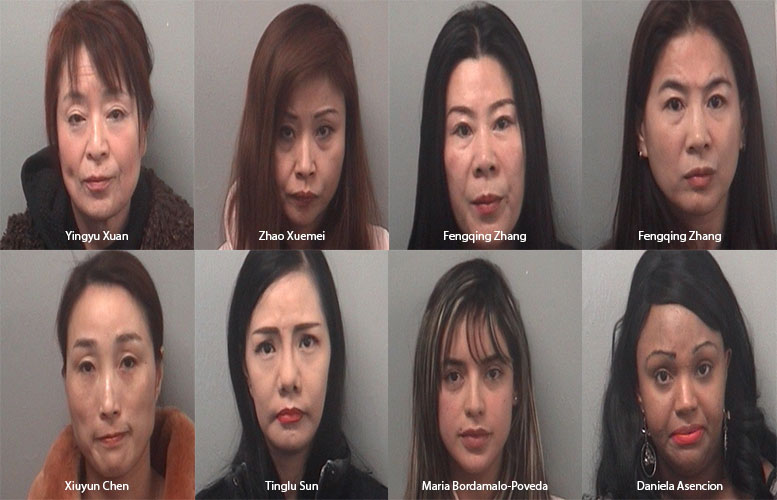 Eight women were arrested and almost $7,000 in prostitution proceeds were seized on Monday in a quality of life crackdown targeting prostitution at massage parlors and hotels, according to Passaic County Sheriff Richard Berdnik.

The eight women were charged and released.

Detectives had available members of the Passaic County Prosecutors Office, Human Trafficking Unit to assist victims of human trafficking and a drug interventionist professional, Michael Sarubbi, of Liberation Way Drug and Rehabilitation Center, to assist any woman suffering from drug addiction that may have forced them into prostitution.

Berdnik said the detail that made the arrests is part of a larger operation focusing on illegal activities that adversely affects quality of life in Passaic County.