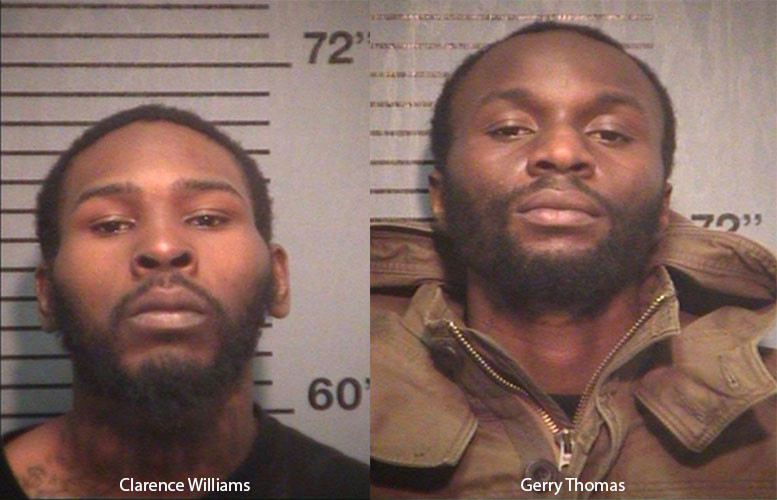 Clarence Williams, 26, and Gerry Thomas, 28, both residents of Paterson, were each charged with two counts of felony murder, conspiracy to commit felony murder, robbery, count of arson, possession of a firearm for an unlawful purpose, according to police.

Detectives from the Paterson Police Department, the Passaic County Prosecutor’s Office, and the U.S. Marshals Services arrested both men at about 11 p.m. for their roles in the killing of city residents Aaron Anderson, 27, and Antonio Vega Jr., 25.

Anderson and Vega were found burned beyond recognition inside a white 2015 Audi outside of 570 East 28th Street belonging to Kim DePaola, a star of the “Real Housewives of New Jersey.”

Firefighters responded to a call of a burning car on East 28th Street between Broadway and 14th Avenue at about 2 a.m. on Friday. After extinguishing the flames, firefighters discovered the two bodies inside the vehicle.

Police have yet to say whether the two men were shot to death prior to the car being set on fire.

The car was usually driven by DePaola’s son Christopher Camiscioli, according to police. Police said the mother and son were not in possession of their vehicle at the time of the incident.

“Our thoughts and prayers are with the families who lost loved ones in this tragic event,” said Speziale.

Police said the investigation into the incident is continuing at this time. Anyone with information is being asked to contact detectives at 973-321-1120