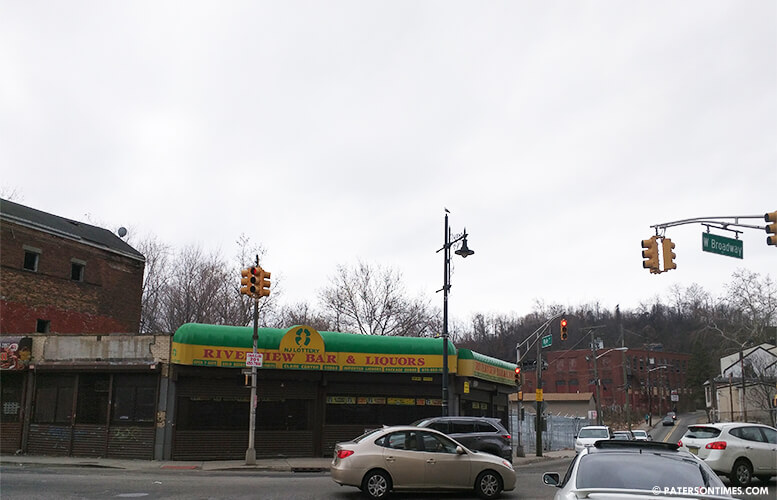 In an effort to create a new entrance to the Great Falls National Historical Park from West Broadway, the city is seeking $2.5 million in green acres funding from the New Jersey Department of Environmental Protection (DEP).

Properties the city is seeking to acquire using $2.5 million in state grant funds.

The avenue is dotted with blighted properties on both sides. There’s an old industrial building on the corner of Ryle Avenue and Ryle Road that’s on the list for acquisition. The city will also acquire the flood damaged fast food joint site next to the Passaic River on West Broadway across the street from the Advance Auto Parts.

Paterson has taken ownership of the site where an old industrial building collapsed in mid-2013.

The city council has to approve submission of the grant application to the state.