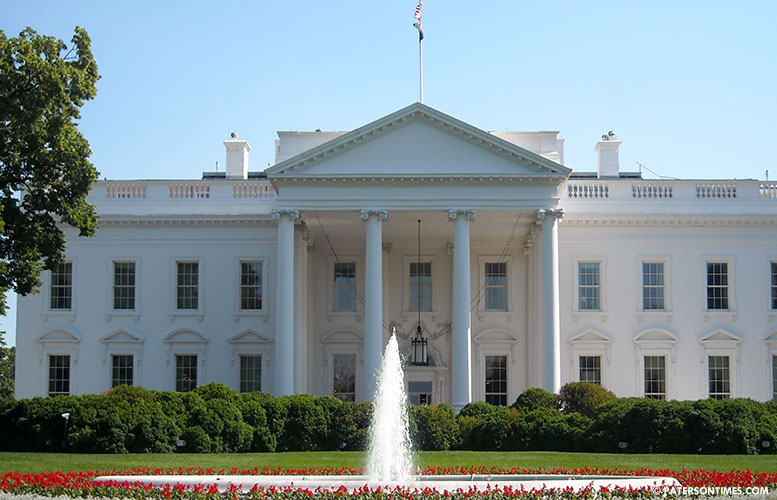 Ted Van Dyk has been active in national policy making for over 50 years.  He has served in the White House, State Department, and as policy director of several presidential campaigns. Recently, Mr. Van Dyk argued in an opinion piece that his fellow Democrat’s efforts to destroy President Trump are abnormal.

He acknowledges that Trump lacks the experience, knowledge and governing temperament. Still, he thinks that Trump deserves the same chance to govern that his predecessors were afforded. He posits an unconvincing comparison between the Trump administration and the administrations of Carter, Clinton, and Obama. He also praises Trump’s stand on immigration without full knowledge of its reach beyond felonious illegal immigrants.

Van Dyk’s non- partisan civility is noteworthy in this extremely partisan era. His overarching contention, however, is seriously flawed; it ignores the reality of the “ex- reality show president.”

Trump’s presidency mirrors his campaign. As Jeb Bush prophetically mused during the campaign “Trump is running a chaotic campaign and he will make a chaotic president.” Indeed, his presidency thus far has been fraught with chaos and dishonest unorthodoxy. As during the campaign, it remains difficult to discern whether Trump is simply incompetent, nefarious, and mentally unstable or an amalgam of the three.

One block of the Republican Party waged a battle against Trump’s campaign. Another either refused to endorse his candidacy or reluctantly tendered support. Of concern during the campaign were his questionable temperament, lack of experience, and the divisive rhetoric. Thus far, Trump’s behavior as president has served only to validate those concerns.

In less than a month Trump has attacked the federal judiciary, (once again), this time for   temporarily enjoining his immigration executive order; fired the acting attorney general for not defending the immigration order notwithstanding that the attorney general by definition is not obliged to defend the President when the legality of his actions is questionable; claimed that the media is an enemy of the American people and that it publishes “fake news”; invented a new category of truth called “alternative facts;” criticized the FBI and the intelligence agencies alleging the investigation into Russian interference with the presidential election and possible  collusion between members of his administration and the Kremlin were politically motivated; recruited some intelligence officials and senior lawmakers to dispute and  diffuse intelligence reports about the communications between Flynn and Russian officials; withheld  information about Flynn’s contact with Russia even as Flynn was denying it and  lying to Vice President  Pence; neglected to ask for Flynn’ s resignation until the news of his Russian contacts was leaked; refused to release his tax returns not out of principle but apparently  to circumvent disclosure of financial dealings; tweeted about sensitive policy concerns customarily discussed privately; refused to relinquish control of business interests in a trust and continues to be instrumental in running his various enterprises; antagonized our allies in Europe, Australia, and Japan; angered the Chinese; ignored protocol in dealing with foreign leaders; praised Putin and minimized claims that Putin has murdered political foes; confused our longstanding policies with respect to Israel and Palestine with flip off–the-cuff  remarks;  criticized retailers for dropping his daughter’s line  of clothing; claimed that the New York Times apologized to him even though the Times has repeatedly denied doing so; continued to personally attack via tweet anyone critical of him; lied obsessively about the number of people attending his inaugural; falsely  claimed 3 to 5 million illegal immigrants voted for Hillary Clinton; threatened to cut off federal aid to  UC Berkley when university administrators cancelled  Milo Yiannopoulos’ speaking engagement to avoid violence; claimed that he lost in New Hampshire because thousands were bused in from Massachusetts to vote for Clinton; insists that climate change is a creation of China; attacked the civil rights hero John Lewis; threatened  to send troops to Mexico to control the “bad hombres;” lied about the rising murder rate in the United States; lied about reducing the deficit; and most recently claimed without any credible evidence that President Obama wire tapped the Trump Tower’s office during the campaign even though all of the intelligence agencies refute the assertion — logistically the president cannot simply order surveillance of American citizens, wiretapping must be approved by a special secret federal court.

Blatant disregard for the truth characterizes Trump’s first month in office. To be sure, all politicians including past presidents tend to stretch the truth. Mr. Trump, however, does so with wanton disregard for the truth. Even in the face contrary evidence he never recants or apologies. One source indicates that in his first 33 days he averaged at least four (4) lies per day. He augments his lies with attempts to discredit the media so as to lend them credence. Moreover, it is becoming evident that his lies are meant to a distract attention from the current narrative in the media. For example, the wiretapping lie replaced media focus on the Russia, Flynn and Sessions debacle.

Trump fails to recognize that running a company fundamentally differs from the running of the world’s most powerful democracy. He must learn to lead within the confines of checks and balance, consensus and compromise, and of diplomacy and decorum.  He must appreciate the critical role that transparency and an independent media play in a functioning democracy. Congress and the federal courts are intended to be a check on the President. The federal court, however does not initiate actions — it must wait for parties to bring them. The court moves slowly. Consequently, Congress that must serve as the first line check on Trump. Thus far, with the exception of Lindsey Graham and John McCain the Republican legislators have in their silence become complicit in Trump’s “madness.” History will not look kindly on the legislators dereliction.

Without congressional intervention, Democrats won’t have to plot Trump’s demise; he will orchestrate it while causing havoc and perhaps irreparable damage in the process.