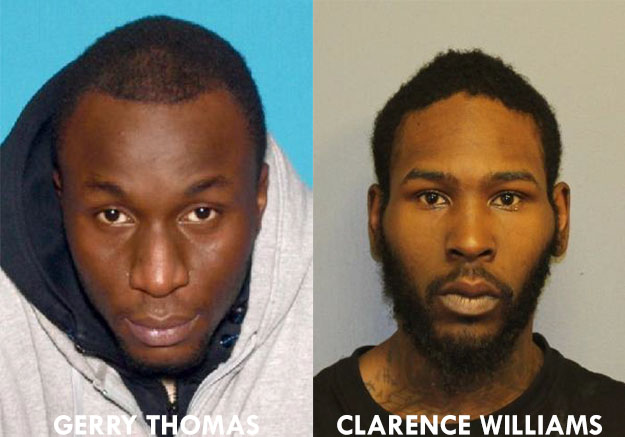 The two city men charged with murder, arson, and weapons offenses for the East 28th Street double homicide have been ordered detained, according to authorities.

Both men have been charged with two counts of felony murder, conspiracy to commit felony murder, robbery, count of arson, possession of a firearm for an unlawful purpose, according to police

Thomas and Williams are accused of killing city residents Aaron Anderson, 27, and Antonio Vega, Jr., 25. Anderson and Vega were found burned in a white Audi on East 28th Street between Broadway and 14th Avenue on March 17, 2017.

Both victims were burned beyond recognition and the New Jersey Medical Examiner’s Office had to identify them using medical records.

Authorities said the case will be next presented to a Passaic County Grand Jury for consideration of charges against Thomas and Williams.