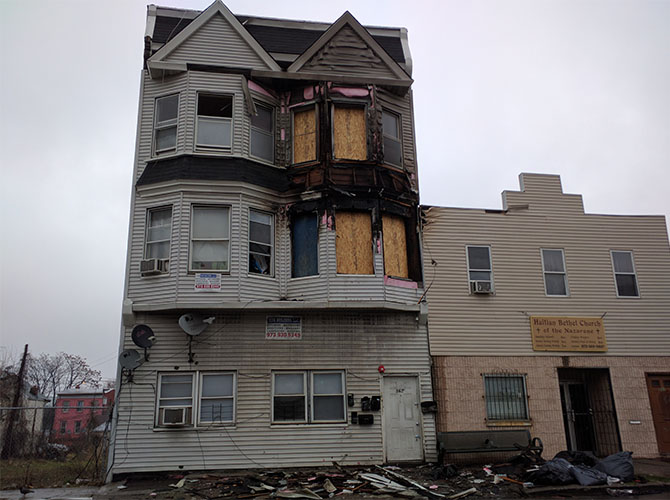 More than a dozen people were displaced and a firefighter was injured in an early Friday morning fire at a three-story home on Main Street, according to deputy fire chief Pablo Del Valle.

Firefighters responded to the blaze at 565 Main Street at 12:23 a.m., said the deputy chief.

“Fire was on the second floor. The alarms activated,” said Del Valle. He said tenants of the building got out by the time firefighters arrived on the scene.

Fire was put out by 1:32 a.m. he said. Firefighters kept the blaze to a single-alarm, he said.

One firefighter suffered injuries after stepping on a nail at the scene. He was treated and released from St. Joseph’s Regional Medical Center.

The cause of the fire remains under investigation, said the deputy chief.