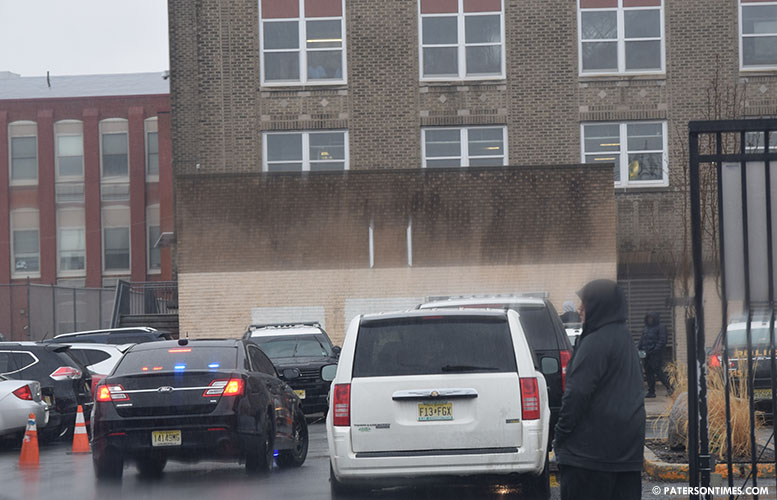 Eastside High School was put on lockdown on Friday afternoon as police investigated report of a student with a handgun inside the building.

A substitute teacher reported a student had a handgun inside a room, according to school officials. An off-duty police officer immediately contacted the Paterson police at about 12:20 p.m. Police officers from the Emergency Response Team and the Patrol and Traffic Divisions quickly responded to the Park Avenue building.

Police director Jerry Speziale said police searched the building and determined the report of a student with a handgun was unfounded. The substitute teacher appeared to have confused a cellphone for a gun, according to police and school sources.

“It does not appear there is any handgun and no one is in danger. All the students are safe,” said Speziale. He responded to the school along with acting police chief Troy Oswald.

Detectives from the Juvenile Division continued to investigate the situation. “Preliminary investigation revealed that a school staff member observed a student with what appeared to be a firearm inside the bathroom,” said lieutenant Jaime Navarro of the Paterson police.

“We did a floor by floor search to ensure everything was okay. We erred on the side of caution and did the whole building,” said Smith. He said the school went into lockdown after report of a student with a handgun and the school contacted police.

Smith said the school had an early dismissal on Friday. There was a large crowd of parents at the front Park Avenue entrance to the school building. Some parents panicked and feared the worst just three days after two students were arrested for making threats to “shoot-up” Eastside High School and New Roberto Clemente Elementary School.

Navarro said heavy police presence remained at the building after students were dismissed. “At this time, no charges have been filed; however, it is an ongoing investigation,” he said.

Speziale and Smith said the situation that unfolded on Friday is not in any way connected to the threats that resulted in the arrest on Tuesday. After the arrests on Tuesday police stepped up patrol of the vicinity of the elementary and high schools.

Anyone with information about this incident is asked to call the Juvenile Division at (973) 321-1126.