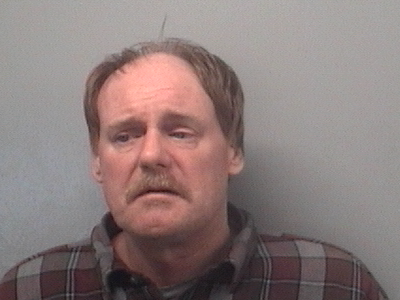 A Little Falls man allegedly driving under the influence of narcotics on East 31st Street with 25 glassine envelopes of heroin marked “El Chapo” and “BMW” was arrested on Saturday afternoon, according to Passaic County Sheriff Richard Berdnik.

Brian Vanbiert, 52-year-old, has been charged with heroin possession, driving under influence, and issued seven motor vehicle summonses. Authorities said a 48-year-old man flagged down officer Piotr Pogorzelski as he patrolled the area of East 31st Street and Madison Avenue at around 5:36 p.m. to tell him a burgundy Chevy Camaro failed to stop at a stop sign and “lightly” struck him.

Authorities said the man told the officer the driver appeared drunk or high on drugs. Pogorzelski with help from back up officers located the car in question. Vanbiert was pulled over and asked for his papers.

Pogorzelski observed “odd behavior and an odor of alcohol” when he pulled over Vanbiert. The officer administered a series of field sobriety tests that Vanbiert failed, authorities said. Pogorzelski took him into custody and located Vanbiert’s driver’s license in his pocket with 25 glassine envelopes of heroin marked “BMW” and “El Chapo.”

Authorities administered a breathalyzer test that gave a .00 result. Vanbiert was evaluated by a drug recognition expert. The expert determined Vanbiert was under the influence of narcotics, authorities said.