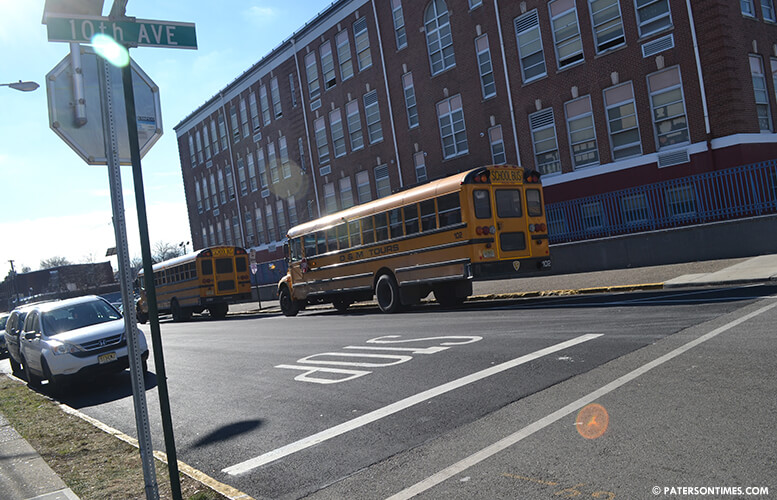 The city council approved a $3.33 million contract on Tuesday night to resurface 23 road segments in the 5th and 6th Wards as part of mayor Jose “Joey” Torres’ road reconstruction project.

Council members awarded the contract to Wallington-based Smith-Sondy Asphalt Construction Co. which was the “lowest responsible” bidder for the work out of five vendors that vied for the contract, according to government records.

The council voted 7-0 to approve the contract.

Torres made resurfacing city roads a big piece of his campaign in 2014 that returned him to office for a third term. His aim is to complete all 170 primary roads in the city for $37 million. He pitched the massive undertaking to council members arguing it’s a much-needed infrastructure improvement project that will facilitate economic activity and development.

57 out of the 170 primary road segments have been resurfaced as part of the program, according to a report the city engineer presented to council members in December. Although a portion of the project has been completed, economic growth through road infrastructure improvement has largely evaded the city, said Kenneth Morris, councilman at-large.

Morris recalled that was one of the mayor’s selling point. The infrastructure improvement would lead to economic development that would generate ratables to make it easier to pay down the debt incurred by the large borrowing, he said.

The city’s budget to handle repair expenses for primary roads would be diverted towards making payments on debt service, Torres said at the time, because the freshly resurfaced roads would last 30 years. Debt service is projected at $55.3 million over 24 years, according to analysis the administration provided to the council at the time. The city’s last payment to repay the debt will be in 2040.

The contract awarded on Tuesday night is under phase-two of the project covering roads in 5th and 6th Wards. The city awarded a $4.2 million contract for phase-two for 1st, 2nd, and 4th Wards in July of last year.

A substantial portion of the work for 5th and 6th Wards phase-two will be completed within eight months, according to the resolution.

Torres expected to have the project finished by 2018. At this point, that’s unlikely due to the utility works being done at various roads, delaying the project.

11 of the roads are in the 6th Ward and 12 in the 5th Ward. The roads being resurfaced as part of this contracts are listed below: