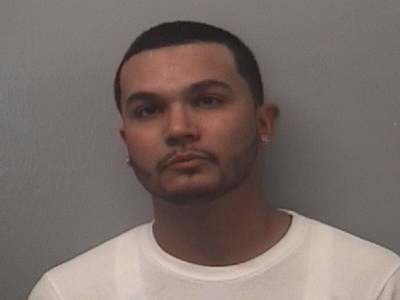 A city man was arrested with an assortment of drugs in a downtown Paterson traffic stop, according to Passaic County Sheriff Richard Berdnik.

Victor A. Melecio, 26-year-old, was arrested on drugs possession and distribution charges at around 7:20 p.m. on Thursday on Colt Street.

Officer Chelsea Parisi pulled over Melecio and approached his 2004 Acura MDX. She smelled strong marijuana odor coming out from inside the vehicle.

Melecio told the officer he had nothing in the car and opened his center console. Parisi saw large amount of cash in different notes in the center console. Detectives Ruben Rios arrived on the scene as back up.

The drugs seized is valued at $6,275 on the streets. Authorities also seized $1,013 in drug money from Melecio’s vehicle, authorities said.