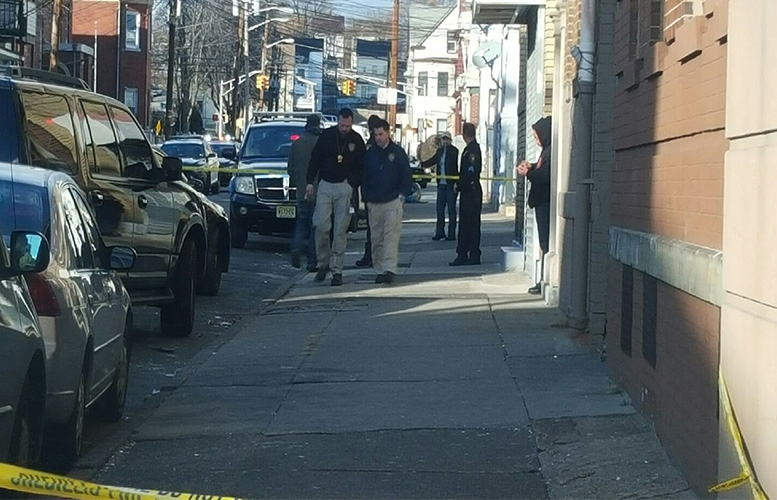 The city man shot by a police officer after he allegedly fired on officers responding to a domestic dispute inside a Martin Street apartment complex late last year has filed a lawsuit alleging his civil rights were violated.

Dereen Wofford, 38, claims he was “shot while handcuffed face down on the ground,” according to his court complaint filed on Thursday. He is seeking the charges filed against him to be dismissed and for the city to cover his medical expenses.

Wofford was initially charged with attempted murder and weapons offenses for shooting at five police officers who responded to the domestic dispute at 117 Martin Street on December 30th, 2016.

Authorities said police responded to a call of domestic dispute involving a weapon at a residential building on Martin Street and 21st Avenue just after 1 p.m. Inside the building, five police officers encountered Wofford. Wofford refused to exit or let anyone into the apartment. He then allegedly fired a handgun towards the five officers and pointed the weapon at one or more officers as they entered the apartment.

Police officer Jonathan Bustios returned fire wounding Wofford in the left arm and both legs. A separate grand jury reviewed the officer’s use of force and found it to be justified.

Wofford claims police broke down his front door and began to “punch and kick” him. “I was subduded [sic] on the floor however officers hand cuffed me and one of them responding officers stood over top of me and fired sevearl [sic] shots in to both of my lower exstremties [sic] calves,” reads his court complaint.

He further claims he has medical records that can prove he was shot while face down. “I can prove I was shot face down,” he claims in his lawsuit. He attached medical records from St. Joseph’s Regional Medical Center. He was taken to the hospital and provided treatment. His medical documents list him under an alias, “Carter Dereen.”

The medical records list his injuries and the procedures he underwent. It also states he has been suffering from multiple substance abuse. He does not cite or quote any of his medical records in his complaint to prove his claim that he was shot while face down on the floor.

Authorities recovered the handgun Wofford used to shot at the officers, according to the prosecutor. No police officers and no other civilians were injured in the incident.

Wofford filed his court complaint from the Passaic County Jail. He remains in county jail. His arraignment has been scheduled for Monday, May 8th, 2017 before Passaic County judge Sohail Mohammed.