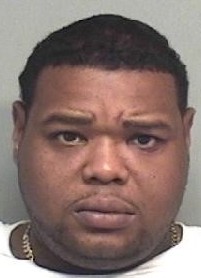 32-year-old Jireed Bragg, accused of shooting a man inside a drug house on Auburn Street back in January, was picked up by bail recovery agents in Florida on Friday, according to police director Jerry Speziale.

Bragg was charged with attempted murder and weapons offenses in the January 6th, 2017 shooting inside of 87 Auburn Street, but he managed to keep detectives away. Detectives Michael Quinones and Passaic County Prosecutor’s Office detective Ricardo Ferreira of the Ceasefire Unit identified him as the alleged actor in the incident that left a 26-year-old city man with multiple gunshot wounds.

Police said Bragg was delivered to the Passaic County Jail on Friday night. He is being held at the county jail pending a court appearance, said the director.