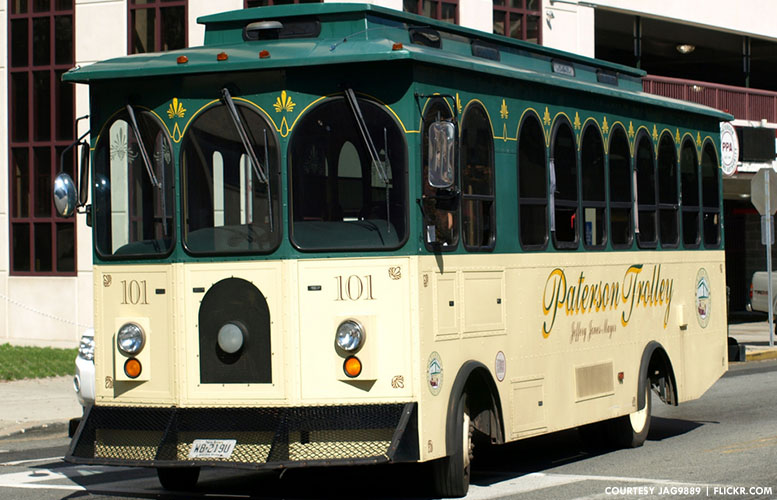 The Paterson Parking Authority is considering restoring the Paterson trolley service in the South Paterson area as part of its proposed garage project by St. Joseph’s Regional Medical Center.

Tony Perez, director of the Paterson Parking Authority, on Wednesday evening said mayor Jose “Joey” Torres urged him to restore the iconic Paterson Trolley. He said the almost 200,000 visitors to the Great Falls National Park last year helped cement his intention to restore the service which was discontinued in 2012 when the state cut funding to the local Urban Enterprise Zone (UEZ) program.

“We’ll reinstate the trolley so that it can go up and down Main Street and help out the South Paterson community and those businesses that are very squeezed for parking,” said Perez. “I think the free trolley service will be a tremendous boost to the South Paterson area.”

Perez plans to restore one trolley car by 2019. The city previously had two trolleys that took residents to government offices, downtown Paterson business district, the Paterson Farmers Market, and the McLean Boulevard big box store corridor, said Perez. The cost for two trolleys was $125,000. One trolley will cost half of that amount, he said.

The service’s low ridership in the past also made ending it an easy choice. Perez hopes with the increase interest in the city and surging tourism traffic will fill the trolley when it resumes in two years.

Councilman Andre Sayegh, who represents the area where South Paterson is located, agreed the trolley will give a boost to businesses in the area.

“It’s going to increase brand awareness. People are going to know we don’t just have the Great Falls, but we have great food,” said Sayegh. “South Paterson is a shining star. It’s our Halal Meat Packing District.”

Islamic dietary laws forbid Muslims from eating at establishments that do not serve halal food. Halal is similar to Kosher. This virtually guarantees Muslim patronage of the South Paterson eateries. Paterson has one of the largest Muslim populations in the United States that continues to grow as the city’s Arab and Bengali populations continue to swell.

Paterson has been described as the ethnic food capital of New Jersey. South Paterson is known for its Arab and Turkish restaurants dotting both sides of Main Street.

Perez said the restored single trolley will only cover South Paterson. He said if there’s great demand for the service and it is successful in the southern part of the city there’s a possibility of expanding it with a second trolley to allow visitors from the Great Falls National Park to tour the city.

“By that time we’ll become even more robust,” said Sayegh, speaking of South Paterson, when told the trolley service won’t be restored until two years from now.